The second season of See premiered on Apple TV+ in August after a long break. And now is the time when fans have started anticipating for See Season 3. Apple Tv+’s show is a dystopian Sci-Fi series created by Peaky Blinders fame Steven Knight. The show is set in a post-apocalyptic world where a deadly virus has wiped out the majority of the human race. And the few humans who survived the virus are left with no sight.

But, after centuries of living in blindness, the gift of sight is returning for the human race. The show progresses as Baba Voss, played by Jason Momoa, does everything to protect his children Haniwa and Kofun. Haniwa is the one with the rare ability to see. Meanwhile, his attempts to defend the two kids arise conflict between Baba and his brother Edo.

See received viewers’ praises and critical acclaim alike for its first two seasons. The show features compelling world-building, brilliantly capturing the dark tone of a post-apocalyptic world. The series transports the audience into a dystopian world crumbling due to war, disease, and lack of resources. The cinematography in the show is one of its major highlights. After two compelling seasons, fans are now looking forward to ‘See’ Season 3.

What Will Happen In See Season 3?

In See Season 2, fans saw an intense war breaking out between the Trivantians and Payans. And the Trivantians appear to be in the stronger position. Baba Voss had to join the battle to protect his kids, but it resulted in a dispute between him and his brother Edo, the Trivantians army commander. Eventually, against all odds, the Payans came out victorious in the war. Meanwhile, Edo and Baba faced each other on the top of the bridge, where Baba succeeded in killing Edo. Haniwa spared Wren despite Kofun’s distress, who was coping with the death of Tod. Meanwhile, Oloman successfully creates explosives for the Trivantians.

After being officially disbanded in Pennsa, numerous Witchfinders left Queen Maghra’s service. Tamacti Jun also proclaims his desire to retire, while Maghra urges him to rethink. Next, Baba departs, believing that his family no longer requires his services. Finally, Sibeth killed Paris at the end of the season.

See Season 3 will continue will the aftermaths of the war between the Trivantians and Payans. Meanwhile, Kofun, Haniwa, and Maghra will have to cope with the heartbreaking news of Paris’ death and Baba being gone. Meanwhile, the Trivantians will come back more robust against the Payans, equipped with Oloman’s explosive weapons. Furthermore, in the season we will see Maghra dealing with former Witchfinders’ uprising.

The second season of See ran on AppleTv+ from August 27 to October 15, 2021. And, in June 2021, Apple TV+ officially announced See Season 3 via a press release. Not just that, the production for the third installment already began in May, months before the second season’s premiere. And earlier, this month the showrunner Jonathan Tropper confirmed that the filming has officially completed.

Unfortunately, there is no official release date for See Season 3 yet. However, there are rumors that the third season might be released around summer 2022. Furthermore, there are reports that the next season will feature a lot less of Jason Momoa, as he is also busy with Aquaman 2. 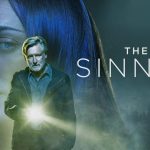 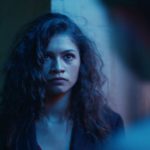