Netflix’s Mexican mystery-thriller Who Killed Sara Season 3 has been one of the most anticipated Non-English series this year. The first two seasons of the series premiered on Netflix this year, and the fans are unsure about the killer. The first season came out in March, followed by a second season in May. Not just that, the final credits of the second season included a caption, “It’s Official: Another Season is Coming.” Thus, the streaming giant confirmed the third installment already and is expected to hit the screens next year.

The series focuses on Alex Guzman, who spent 18 years in prison for the murder of his sister Sara. However, he was falsely convicted, and the murderer is still free. So, Alex decides to hunt the killer after being released from jail. Moreover, he feels that the Lazcano family is involved in his sister’s death and seeks vengeance against them. Netflix reported in April that the series had been streamed by 55 million households worldwide in the first 28 days after the release.

Hence, “Who Killed Sara?” became Netflix’s most successful foreign series, following the footsteps of Money Heist and El Chapo. The Spanish series also earned the top spot of Netflix’s most-streamed show in the US for several weeks. Thus, a renewal for Who Killed Sara Season 3 was inevitable for its dedicated fans. Hence, keep reading to learn all the details about the third installment, including the tentative premiere date.

After coming out of jail, Alex starts to dig into the events of his sister’s death. He finds himself deeply entangled in the mystery as he looks for answers. Alex finds out that the elite and highly reputed Lazcano family has something to do with Sara and her death. Alex has had some unimaginable confrontations with truth throughout two seasons, but the mystery about Sarah’s death is still unsolved.

Thus, Who Killed Sara Season 3 will finally unravel some dark truth that will help Alex find the killer. Moreover, the second season’s cliffhanger about Nicandro’s involvement will also be dealt with during season 3.

In the second season finale titled “I Killed Sara,” her best friend Marifer confessed to killing Sara. She is also Sara’s half-sister and also the one to cut the harness of her parachute. Although, it was not the cause of Sarah’s death. It surprisingly turned out that Nicandro had something to do with her death.

Nicandro was on a phone call with someone he was referring to as the “Doctor.” He said that “Nobody can know that it was really us.” Sarah was the first patient to be a part of a psychological study. And Nicandro and the Doctor were a part of it. Thus, the third season will unsolve the mystery about Nicandro’s involvement and the identity of the “Doctor.”

The show’s lead characters Manola Cardona as Alex and Ximena Lamadrid as Sara, will appear in Who Killed Sara Season 3. Moreover, Alejandro Nones as Rodolfo Lazcano, Sara’s former boyfriend, will also return. In addition, Gines Garcia Millan, Claudia Ramirez, and Carolina Miranda will join the cast. Also, Litzy as Marifer and Matias Novoa as Nicandro will feature in season 3.

Who Killed Sara Season 3: When Will The Show Return?

The series has been created in various cities of Mexico, including Guadalajara, Puebla, and Mexico City. The production for the third season will begin by the end of the year. Thus, we can expect Who Killed Sara Season 3, to premiere in the latter half of 2022. However, Netflix is yet to confirm an official release date. Hence, stay tuned and keep coming back for more updates. 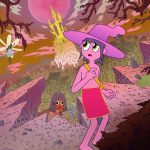 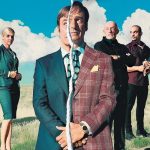