It THE TIME! Michelle will meet the parents of the final four contestants in The Bachelorette Season 18 Episode 7. The boys will make all efforts to impress Michelle. Meanwhile, there will be a prom-themed event in the next episode, with adventures like skateboarding and boat riding. Thus, keep reading ahead to learn all the essential updates about the seventh episode.

The Bachelorette Season 18 Episode 7 Preview: What Will Happen Next?

In the upcoming episode of The Bachelorette Season 18, the final four contestants will bring their families to meet Michelle in Minneapolis. The encounters will be filled with a romantic prom event, skateboarding, and apple picking. Not just the fun events, all these events will be topped up by a confession to make your woman fall in love.

Meanwhile, Michelle will get to know the families of the contestants. She will spend some time with them and understand them better. And to bring in the queen, the four contestants will double their efforts, with the season nearing conclusion in The Bachelorette Season 18 Episode 7.

The previous episode of The Bachelorette Season 18 revolved around the grad school kids that Michelle used to teach. Four kids, Luke, Kelsey, Ahmed, and Jayleen, kept a close eye on the remaining contenders and chose who deserved to be with their loving teacher. Kelsey chose Nayte while Ahmed liked Rodney. However, Kalsey thought Martin was not right for Michelle.

Meanwhile, Clayton made an attempt to impress the kids by building a pillow fort. He also went on his one-on-one date with Michelle. Unfortunately, despite his efforts and the confessions of his real feelings, Michelle felt that some kind of connection was missing between them.

Next, Michelle went on a group date with Joe, Nayte, Rodney, Martin, Rick, and Olu at a local dairy farm. The contenders were given two competitive tasks at the farm. Joe managed to excel in both, the milk competition and the “churn-off along” competition. And Joe tried to impress Michelle by handling the calves well as his grandfather owned a dairy farm.

Michelle Revealed The Finalists At The Group Dance

Later, Michelle got ready for her last group dance of season 18 with the boys at the post-date cocktail party. She also advised the boys to pour their hearts out as it was the last opportunity for them to impress her. Nayte took Michelle’s advice and opened up about the peculiar family situation with her.

With that, Nayte managed to earn the group date rose, while Brandon managed to get the final date with Michelle. In addition, Rodney got to kiss her while Rick received a hug. Unfortunately, Michelle disapproved of Martin for his closed views and had to leave the competition.

During their date, Michelle took Brandon to her childhood home, where he asked Michelle’s parents for her hand in marriage. In the end, the final four contenders turned out to be Nayte, Olu, Brandon, and Joe, while Rick was sent home in The Bachelorette Season 18 Episode 6.

If you miss ABC’s broadcast, the upcoming episode can also be streamed on the network’s official website and the ABC app. Moreover, season 18 is also available on Fubo TV, DirecTV, YouTube TV, and Hulu+Live. Hence, keep coming back for more thrilling episode previews, and don’t miss out on the seventh episode. 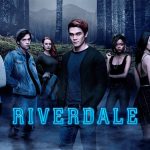 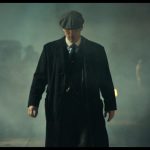