JTBC’s most anticipated K-drama series, Snowdrop, is all set to make a premiere very soon. Fans have been looking forward to seeing famous K-pop band Blackpink’s idol, Jisoo, as she will be making her on-screen debut with the upcoming show. She has been cast alongside renowned Korean actor Jung Hae, who is well-known for his contributions in “One Spring Night” and “Something In The Rain.” The show got pretty hyped up among the viewers soon after announcing the acclaimed star cast. The network has also revealed a series and posters and the official trailer of the K-drama.

The production of the K-drama began in November 2020. However, the production had to be halted due to a positive case of COVID-19 at the sets. Luckily, the production concluded in July 2021. In addition, the show has already been picked up by Disney+, which will make Snowdrop more accessible to fans around the globe. The K-drama will hit the screens by the end of the year. So, keep reading ahead to learn all the essential details about the series.

What Will Happen In Snowdrop?

Snowdrop follows Im Soo-ho, a graduate student who is found covered in blood by a young woman named Eun Young-ro. The female provides Soo-ho with refuge and hides him in her dorm room from the government. The duo eventually gets romantically involved while fighting the political oppression caused by the authoritarian government. An official trailer has also been released, revealing a lot of action, drama, and romance for the dedicated viewers.

Who Are Set To Feature?

The K-pop girl band Blackpink’s Jisoo will make her big debut as the lead Eun Youn-ro. And, she will be joined by star actor Hung Hae-in, who will portray Im Soo-ho. Furthermore, the show will comprise a star cast roaster of 23 actors. The main cast members of Snowdrop include Yoo In-na as Kang Chung-ya, Jang Seung-jo as Lee Kang-moo, Yoon Se-ah as Pi Seung-hee.

The first season of Snowdrop will air on December 18, 2021, at 10:30 p.m. KST, on JTBC in South Korea. The show will also be available to stream online on Disney+. The network will air two new episodes weekly on Saturday and Sunday. So, don’t miss out on the premiere episode and keep returning for more exciting news about your favorite K-drama shows. 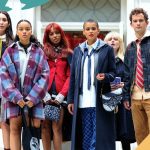 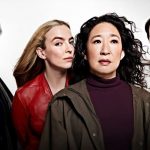