It seems like Burnham and Book will go on another rescue mission in Star Trek Discovery Season 4 Episode 5. Some stranded colonists need to be rescued before the anomaly consumes them in the next episode.

Meanwhile, the Federation’s brightest scientists will come onboard the Discovery to research the anomaly. So, continue reading ahead to learn the essential details about the fifth episode.

The fifth episode of Star Trek Discovery Season 4 has been titled “The Examples.” The Starfleet will face an emergency in the next episode. Burnham and Book will race against time to rescue a group of helpless colonists stranded in the anomaly’s path.

The USS Discovery needs to help the people before the anomaly consumes them all. Meanwhile, the Federation’s most intelligent scientist will board Discovery in Star Trek Discovery Season 4 Episode 5. The scientist will pursue high-stake research with Saru and Stamets to find any essential information about the mysterious anomaly.

In the previous episode, Discovery prepared for a joint mission with the Qowait Milan. Meanwhile, Ni’Var’s inclusion into the United Federation was also solidified by the members. However, the Starfleet vessel was not in good shape and needed some repairing. Therefore, Burham ordered the crew to rest and repair. Meanwhile, she took Admiral Vance’s place during the inauguration of Ni-Var’s inclusion.

Further, Tilly and Adira were forced to handle the training of the Starfleet cadets. However, the species’ difference among the cadets posed a problem. While Kovich tried to deal with the issue, the ship carrying Tilly, Adira, and the cadets crashed in a faraway zone. They were attacked by an energy-sensing best. So, Tilly had no choice but to call for help.

President T-Rina of the Ni-Var wanted an exit close in case they wanted to leave in the future. However, Federation President Rillak felt it as an insult to his vision. The incident made Ni’Var their membership agreement. Tilly handled the differences between the cadets in a tough situation. Eventually, the USS Armstrong rescued them all. After which, Kovich offered Tilly a teaching position at the Starfleet Academy.

Meanwhile, Burnham acted as a mediator to resolve the differences between the Federation and Ni’Var. Eventually, Ni’var agreed to join the Federation. Burnham confronted Rillak for not being completely honest with her. But Burnham was happy about Tilly’s new position at the academy at the end.

Paramount+ will air Star Trek Discovery Season 4 Episode 5 on December 16, 2021. The network airs a new episode weekly on Thursdays at 3:00 a.m. ET. Each episode of the show has an estimated runtime of 60 minutes.

If you miss the latest episode on Paramount+, fans can stream it on CBS All Access app, and Amazon Prime Video. In addition, season 4 is also available on Fubo TV, DirecTV, Xfinity, and Vudu. So, don’t skip the next episode. Also, keep coming back for more thrilling episode previews about your preferred TV shows. 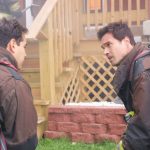 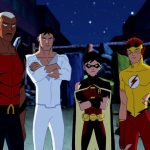