Moiraine and her crew will travel to the Eye of the World in The Wheel Of Time Episode 7. However, things might get tricky when an unexpected encounter reveals some secrets about Moraine. The group will find it difficult to trust each other as they try to find the Dragon reborn’s identity. So, continue reading further to learn the essential updates about the second episode.

The Wheel Of Time Episode 7 Preview: What Will Transpire?

The seventh episode has been titled “The Dark Along the Ways.” Moiraine, Lan, Loial, and the villagers will be traveling to the Eye of the World in the upcoming episode. However, the crew will be diverted from their path after encountering an unexpected entity. It seems that Moiraine has a secretive goal that she has kept from her crew. The encounter will reveal Moiraine’s deception in The Wheel Of Time Episode 7.

Lan’s past will also unfurl as the truth breaks the sense of trust among the group. Moreover, the group will continue their quest as they look to discover the Dragon reborn’s identity in the next episode.

The previous episode was titled “The Flame of Tar Valon.” The Amyrlin Seat, Siuan Sanche, grilled and criticized Liandrin, Alanna, and Moraine for gentling Logain. Moreover, Moiraine protected Rand and Mat from Shadar Logoth’s tainted dagger while visiting them. Moiraine requested Egwene and Perrin to be patient and wait for her to get them.

Meanwhile, in The Wheel Of Time Episode 6, a Blue Sitter, Maigan, ordered Moiraine to stay at the Tower while trying to hide her intentions from Liandrin. She also asked Loial for a favor. After which, Moiraine had a meeting with Siuan as they planned to find the Dragon Dagger.

Further, Moiraine rescued Egwene and Nynaeve and took them to meet the Amyrlin Seat. Egwene was surprised, while Nynaeve was suspicious about the meeting. Soon after, Sian banished Moiraine so she could leave the towers with two Rivers villagers. The villagers and Loial gathered at the Waygate with Moiraine. The trio decided to travel to the Eye of the World to confront the Dark one and uncover the identity of the Dragon Reborn. However, Matt hesitated, and the rest entered the Ways along with Lan in The Wheel Of Time Episode 6.

Amazon Prime Video will air The Wheel Of Time Episode 7 on December 17, 2021, at 12:00 am GMT. The network airs a new episode weekly on Fridays. And the latest episode will be available a day earlier, at 7:00 pm ET in the US. The show is available exclusively on Amazon Prime Video and will feature the eighth episode in total. So, don’t skip the penultimate episode and keep returning for more entertaining episode previews. 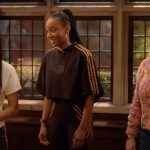