TVN’s newest detective K-drama is set to make a premiere with Bad And Crazy Ep 1. The show is set to depict the journey of detectives who take a firm stand against police corruption in South Korea. The show is in the limelight even before its release due to its intriguing star cast featuring Lee Dong-wook, Wi Ha-joon, and Cha Hak-yeon. So, let’s take a detailed look at what will happen in the first episode.

Bad And Crazy Ep 1 Preview: What Will Happen?

The storyline revolves around a corrupt yet practical detective Ryu Soo-yeol, who has a split personality disorder. His other personality is obsessed with the sense of justice. He is a competent police officer with questionable ethics. His ambitions lead him to a series of promotions in a short period. However, everything turns upside down with the appearance of K.

K is a crazy and righteous person who is obsessed with justice. He ends up using his fists every time he witnesses injustice around him and dreams of being an inspiring hero. Meanwhile, Lee Hee-kyum is a lieutenant from the drug squad at the Mooui Police Department. She has a righteous personality with an extreme likeness to her work. So, fans will see the introduction of the plotline in Bad And Crazy Ep 1. All the characters will be put in place when the series premieres on tvN very soon.

K will hide his identity behind a helmet and react impulsively to injustice. Soo-yeol will be mad after his partner takes a beating from K. Meanwhile, Hee-kyum will see Soo-yeol taking unethical means to get promotion and confronts him in the premiere episode.

Who Will Be The Cast And Characters?

Lee Dong-wook will portray Ryu Soo-yeol, a corrupt police detective who transforms into a justice-loving individual. Wi Ha-joon will be seen as K, a crazy helmet man lost in the idea of justice. Han Ji-eun will appear as Lee Hui-Gyeom, a drug crime investigation detective, and Cha Hak-yeon as Oh Kyeong-tae, the youngest member of the anti-corruption investigation department.

The thriller K-drama is an iQIYI original and will be airing on tvN in Korea. Bad And Crazy Ep 1 is all set to premiere on December 17, 2021. tvN and iQIYI will air two new episodes weekly on Fridays and Saturdays at 10:40 p.m. KST.

Viewers across the globe can stream the first episode on iQIYI and Dramacool. So, don’t skip the premiere episode and keep returning for more thrilling episode previews about your preferred K-dramas. 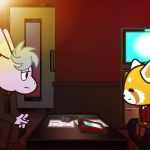 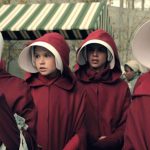