It looks like Netflix’s favorite reality show is soon returning for Love Is Blind Season 2. Created by Chris Coelen, the first season debuted on the streaming network in February 2020. It aired over a period of 3 weeks. The first installment comprised ten episodes and an additional reunion special that aired exclusively on Netflix and YouTube. Fans would be thrilled to know that Netflix renewed Love Is Blind for the second and the third season in March 2020. Moreover, the streaming network had also greenlit the Brazilian and Japanese adaptation of the show.

What Is The Concept Of Love Is Blind?

The series features 30 men and women who are looking for love. The three-week event starts with the introduction of individuals through a pod. The individuals can talk to each other through the pods but can not meet face-to-face. Once everyone decides their partner, the men can propose to the woman they want to marry. After the couples finally meet each other and get engaged, they are taken to another location for a couples’ retreat where they interact and get to know each other better.

They also interact with other couples and participate in various designed experiments. After the couples’ retreat, the engaged couples move to an apartment building. They meet each other’s parents at the apartment and explore the living conditions of their partners. After clearing all the doubts, the show moves towards the wedding stage. The couple decides if they want to split or get married during the wedding ceremony and answers the question, “Is love blind?”

Where Will Love Is Blind Season 2 Happen?

The first season of the reality series took place in a custom-built facility in Atlanta. Then, the couple took a retreat trip to Playa del Carmen, Mexico. The first season featured all the contestants from Atlanta. As per reports, the second season is currently under development. And season 2 is presumed to be set in Chicago. Moreover, the casting for the contestant began in Chicago in September 2021.

On top of that, Vanessa Lachey previously stated that the shooting for the second and third installment is already done. It looks like the show will continue to follow the trend of showcasing contestants belonging to the same place. The casting was done through interviews and online applications. In addition, Vanessa and Nick Lachey will reprise their roles as the show’s host in season 2.

Love Is Blind Season 2: When Will It Premiere?

Netflix has not announced the official release date of the second season yet. However, as per Vanessa, the show’s host, Love Is Blind Season 2 will return in February 2022. It will feature a new set of couples who will look forward to meeting their future partners during the second installment. The show is set to follow the same concept with some creativity and a unique perspective for future installments. So, stay tuned with us for more thrilling updates about your favorite reality shows. 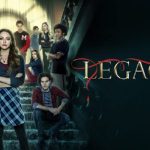