In 2014, the viewers learned about a hidden spy service operating in England called Kingsman in, Kingsman The secret service. The movie explored the espionage service’s working. However, it did not tell us about the origin. But fans will learn about how the Kingsman came into existence in the third movie of the Kingsman franchise, titled The King’s Man.

The prequel for Kingsman has been in the waiting for a very long time. The film was first slated to release in November 2019. But one after another delays kept coming in the way of the movie’s theatrical release. The movie was first delayed due to the Disney-Fox deal. And then the covid-19 pandemic hit almost every country in the world, causing the film to delay further.

However, now the wait for the audience is over. Kingsman 3 is all set to release on December 22, 2022. And based on the previous two movies, we can say it will be an exciting ride filled with thrill and humor for the audience.

Kingsman 3 or The King’s Man will follow Duke of Oxford, Orlando Oxford. Orlando’s son Conard has a wish to join the army and serve his country in the first world war. However, pacifist Orlando does not want to let him go. Instead, he claims that he can end the war for good, just with a web of spies. He then reveals the secret spy agency to his son Conard.

With some assistance from his helper Shola and housemaid Polly, Orlando starts to take on the masterminds behind World War I. While Orlando, Conard, and their web of spies are doing everything they can to prevent the war. On the other hand, in Russia, Grigori Rasputin’s efforts to bolster his side are causing destruction. In the movie, The King’s Man, both sides bid against each other to determine the outcome of the great war in their favor.

Where to Stream The King’s Man?

The fans have been waiting for the third Kingsman film for over two years. However, the movie kept getting postponed for one reason or the other. But, now the patience is about to be rewarded, as The King’s Man is premiering on December 22 in the United States. And if you are wondering where to watch the film, the answer is the theatre nearest to you. The King’s Man will release in movie theatres across the USA. As far as the OTT release of the film is concerned The King’s Man will not officially release on any OTT platform for at least a month. 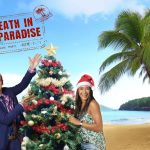 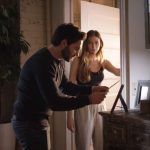