World War II was horrific, but its stories are indeed epic. BBC and PBS brought one such story for us in the critically acclaimed series World on Fire. The first season of the show dropped in 2019. And since then, the audience is waiting for World On Fire Season 2. So, here is what we know about the next installment of World On Fire.

World on Fire is a British war drama series that debuted on BBC in 2019. The show depicts the consequences of the World War on the lives of ordinary people. The series is set in Europe around the time when Germany invaded Poland. A WW I veteran named Douglas Bennett’s son Tom has been given two choices: to join the military or serve a sentence for his crime. And the decision he took led to the events in the debut season.

The critics have applauded the show written by Peter Bowker for its relatable characters and realistic depiction of the war and its consequences. Also, the cast’s captivating narrative and excellent performances have also hooked the audience. So now, let’s look at what we know about the following season.

In the first season of the series, fans saw Harry bonding with Kasia’s family. He also befriended Nancy, the reporter from America. She was on the mission to expose the horrors of the Nazi regime to the world. Nancy’s nephew Webster was pursuing medicine in Europe. However, their lives were about to change completely as the war is approaching.

Now, World on Fire Season 2 will explore what happens after Kasia and Lois meet. It would feature the attack on Northwest England by the Axis forces. Also, North Africa will likely be an essential part of the narrative. In the next season, the viewers will get more of Webster’s family. The war will also force Nancy to vacate Berlin, and the Soviet Union will be her next destination. Furthermore, Louise and Vernon will likely keep being married to each other even if there is no love.

When Will World On Fire Season 2 Release?

For the American audience, the first season of World on Fire released on PBS Masterpiece in April 2020. Given the popularity and success of the first season of the series, the network officially renewed the show for World On Fire Season 2. However, just like everything else on the planet, the production for the second season was delayed due to Covid19.

In October 2020, the creators of the series hinted at the production start via an Instagram post. The post said, “Just between us, we intend to start filming in the summer. Can’t wait…” Since then, there have been no updates about the production or the release date of World On Fire Season 2. But as per some rumors, the second season might release around mid-2022. So, stay tuned with us to know all about your favorite shows.

Also, read The Walking Dead: World Beyond Season 2 Episode 9: The Group Tries To Stop The CRM’s Master Plan In “Death and the Dead”! 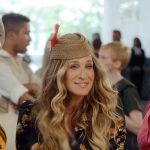