Avarasala and his allies are set to wage a battle in The Expanse Season 6 Episode 3. Marco managed to rescue his son Filip previously. But, Avasarala has decided that it is time to take Marco down for good. In the time of chaos, Marco and Filip’s relationship will be put to the test in the next episode. So, keep reading to know all the necessary updates about the third episode.

The Expanse Season 6 Episode 3 Preview: What Will Happen Next?

The third episode of The Expanse Season 6 is titled “Force Projection.” It looks like an enormous battle is coming ahead. Avasarala will team up with the Combined Fleet of Earth and Mars to organize and attack Marco. However, the danger will test Marco and Filip’s relationship. They might lose their cool, and their differences might also surface in The Expanse Season 6 Episode 3. Unfortunately, Holden and Naomi will take the war personally when Rocinante will be forced to join the battle.

The previous episode was set at a planet in the Laconia system in Ring #673. A young girl tried to save a peculiar bird, but she failed. So, she decided to monitor the remaining creature with a drone. Suddenly, the drone got compromised, and she met a giant creature on her way while looking for the device. Moreover, she tried to bury the fallen, but the creature snatched the bird’s body and escaped.

Further, in The Expanse Season 6 Episode 2, the Rocinante crew reached the UNN Supply Ship in the Belt. Bobbie joined the crew under Avasarala’s command. Their mission was to collect necessary data from the Shopper Ship. Flip Inaros was locked in a holding cell at the Ceres Station. Filip’s father, Marco Inaros, requested the authorities to hand over the prisoner to him. He also tried to cover up his son’s crime as an act of self-defense. Moreover, Drummer paid Walker to protect Michio. He also developed some interest in Marco’s supply deposits.

Meanwhile, Rocinante’s mission was jeopardized when the enemy ship realized they were being followed. Bobby tried to deactivate the Azure Dragon from the inside while Naomi returned to Rocinante after having a panic attack. Moreover, Holden and Amos finally collected the data, while Peach suffered from an injury. Amos appreciated Peaches for saving Bobby while Holden scolded her for not following orders. Marco got the news as he prepared for what comes ahead in The Expanse Season 6 Episode 2.

The Expanse Season 6 Episode 3 will air on December 24, 2021. Amazon Prime Video airs a new episode weekly on Fridays at 12:00 a.m. ET. And, each new episode of season 6 has 42-56 minutes of average runtime. The current season is available exclusively on Amazon Prime Video. So, don’t skip the third episode and keep coming back for more informative episode previews. 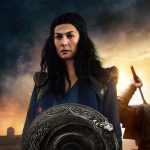 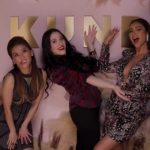