Yeon-su and Ung will finally feel free to be around each other in Our Beloved Summer Ep 7. They finally addressed their breakup issues previously. Thus, it will give them an opportunity to feel free around each other. Meanwhile, Yeon-su will reconsider the reason behind breaking up. The upcoming episode will also feature BTS V’s latest single, “The Christmas Tree.” So, keep reading ahead to learn the necessary details about the seventh episode.

Our Beloved Summer Ep 7 Precap: What Will Happen?

After addressing their breakup, Yeon-su and Ung will work towards reconciliation in Our Beloved Summer Ep 7. They still have feeling for one another as Yeon-su feels that breaking up could have been a mistake. Thus, fans might see the duo getting closer to each other. However, Yeon-su’s affection for Ji-ung & Mr. Jang and NJ’s feeling for Ung might come in their way. Thus, Ji-ung might confess his feeling for Yeon-su in the next episode.

The previous episode portrayed Yeon-su’s perspective towards her relationship with Ung. When their relationship began, Yeon-su was a poor yet highly ambitious student. She saw Un as an actor who could lead her out of her miseries. However, Yeon-su’s guilt stayed with her over the years, ultimately costing them their relationship. She constantly tried over the years to become someone that Ung deserved. But, she feared that Ung would discover her hatred for the differences in their lives.

In the present, Ung woke up the following day at Yeon-su’s place, unaware of what had happened the previous night. He tried to get answers from Yeon-su, but she held back just like her unaddressed relationship feelings. Meanwhile, in Our Beloved Summer Ep 6, it was revealed that Ung collapsed outside her house, and Yeon-su dragged him in and let him sleep on the couch.

Moreover, Ung’s parents ran into Yeon-su at the live drawing session between Ung and Nu-a. They asked Yeon-su to visit them. NJ also showed up and congratulated Ung and acted like they were friends in front of the media. However, Yeon-su got jealous of them and left to meet Sol-yi at her pub. Sol-yi insisted that Yeon-su had worked very hard to get where she was. But, sadly, Yeon-su continued drinking and eventually passed out. Sol-yi was then forced to ask Ji-ung to take care of her.

Later, Ung waited for Yeong-su, who showed up drunk at her house. He remembered what had happened the previous night. He was frustrated by Yeon-su for not talking about breaking up and the pain it still caused them both. Yeon-su finally admitted that they broke up due to her pride in Our Beloved Summer Ep 6.

Viewers across the globe can stream the latest episode on Netflix. The upcoming episode will be available on the streaming network two hours after its release in South Korea. So, don’t skip the special episode and keep coming back for more thrilling episode previews. 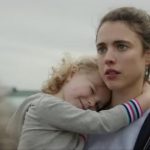 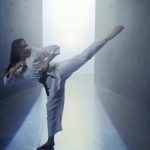