HBO Max’s crime-drama series, Mare Of Easttown, has been one of the most popular series of 2021. Since its debut in April, the show has surprised the viewers with its dark storyline, intense characters, intriguing acting, and the realities of being a female in this harsh world. Moreover, the limited series received 16 nominations at the Primetime Emmy Awards and won four of them in various categories. The show has also earned an excellent rating of 8.5/10 on IMDB and 95% on Rotten Tomatoes. Thus, fans have been wondering about Mare Of Easttown Season 2. So, will there be next season? What are the chances?

The show is set in the suburbs of Philadelphia, where a police detective named Mare Sheehan investigates the mother of a teen mom. However, she is forced to balance her investigation and keep her own life from falling apart. Everyone considers Mare, a local hero. She also represented the high-school basketball championship 25 years ago. Unfortunately, she struggles to solve a case involving another young woman for a year.

Therefore, the town folks begin to question her detective skills. In the background, Mare is dealing with a divorce and the loss of her son, who killed himself. She is also involved in her grandson’s custody battle with her junkie daughter-in-law. So, what’s next for Mare? Let’s find out!

Will The Show Return For Mare Of Easttown Season 2?

HBO marketed the show as a limited series. It means the show was supposed to end after the first season. Therefore, fans did not get to hear any official announcement about a second season from the network. However, the critical acclaim, incredible ratings, and an array of awards might lead the network to consider another installment.

While a decision is yet to come from HBO, Kate Winslet expressed her perspective about a potential second season. Also, the network has not canceled a show yet. Thus, the fans need to stay optimistic about the show’s future.

Winslet was not in favor of a second season during her interview earlier this year. She acknowledged the emotional toll she took for playing Mare’s dark and sad character. Thus, doing it again for a second season was a big ask for Kate. Winslet admitted that she might have to take serious consideration if Mare’s role would be offered to her again.

However, in a recent interview, Kate seemed more sure about being a part of Mare Of Easttown Season 2. She believes that the second season could address the American police brutality and the Black Lives Matter movement. Winslet thinks that these real-life issues about police violence and America’s perspective on colored races might become a good centerpiece for season 2. However, she is not sure if she would get to play Mare again.

Mare Of Easttown Season 2: When Will It Return?

HBO has not made a decision about a second installment yet. However, the show has not been canceled either. So, fans do expect to see a renewal soon. Also, a tentative release date for Mare Of Easttown Season 2 could not be assumed, given no updates. So, stay tuned for more exciting news updates about your favorite TV shows. 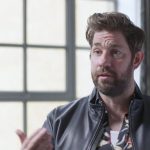 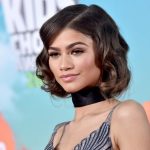