BBC’s veteran crime thriller is returning after the fall break from The Blacklist Season 9 Episode 7. It seems like Red will be stressed over Liz’s death in the next episode. He will also confront Dembe for handing her the letter. Red meant for the letter to be delivered after Liz’s death. But she got it before she died. Moreover, Cooper will look to find the person who threatened him previously. Hence, keep reading ahead to know all the necessary details about the seventh episode.

The Blacklist Season 9 Episode 7 Preview: What Will Happen?

The seventh episode of The Blacklist Season 9 is titled “Between Sleep And Awake.” In the next episode, Red will finally confront Dembe about giving the letter to Liz. He asked him to give her the letter after she kill Red. However, her fingerprints on the letter confirmed that she had it beforehand. Thus, viewers might see a tricky encounter between the two. Dembe also kept Agnes away from Red for a long time. Hence, they already have some bad feelings for one another.

Meanwhile, Cooper will look to find the person who threatened him in The Blacklist Season 9 Episode 7. He received a call accusing him of tampering with evidence. So, the task force will look to find this person. Moreover, the ballistic report confirmed that Cooper’s gun was not used to kill his wife’s ex-lover. But, Red blames himself for Liz’s death. Therefore, fans can expect to see Red reliving the moments of Liz’s death. Also, Dr. Roberta Sand might help him heal from these memories, which are hurting Red every day.

Dr. Roberta Sand was under suspicion when her philanthropist patient killed himself after seeking therapy in the sixth episode. Red found out that the therapist helped the mob in committing crimes. The Task Force also discovered that Randall Beasley had shot the philanthropist. Dembe and Park eventually apprehended the killer.

Randall then confessed that Dr. Roberta had coerced him to kill the man. Beasley helped the Task Force in arresting Sand. She revealed that Roberta’s son Vito has gotten in trouble in school. The mob offered to protect her son in exchange for therapy for their associates. After handling the situation, Red offered Sand to work for him at his private island.

Further, in The Blacklist Season 9 Episode 6, Red and Agnes had a revealing conversation. She said that Liz told her about Red being Russian and his importance for her mother. Red realized that Liz would have read the letter before she died. He checked the letter for fingerprints, and his suspicion was confirmed. Red felt betrayed by Dembe as he asked him to give Liz the letter after his death. Unfortunately, Liz read the letter beforehand and decided not to shoot Red. The decision led to her death, and Red blamed himself for it.

Meanwhile, Park confided in Aram and sought advice to make things right with his breaking family. Moreover, Cooper informed the task force that Detective Heber had paid him a visit. He was scared that the detective might expose him for killing his wife’s ex-lover. Fortunately, Cooper’s friend Lew revealed that the ballistic report did not match his gun. Thus, it was confirmed that Copper did not kill the man, and someone had framed him. Soon after, Cooper received an anonymous call threatening him for tampering with evidence in The Blacklist Season 9 Episode 6.

If you miss NBC’s broadcast, you can stream the latest episode on the network’s official website, Peacock TV, and NBC app. Moreover, season 9 is also available on DirecTV, YouTube TV, Hulu+Live, Vudu, Spectrum, and Xfinity. So, don’t miss out n the seventh episode, and stay tuned for more informative episode previews. 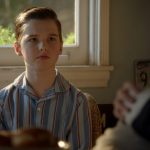