It seems like the squad would find themselves in the middle of the action in SWAT Season 5 Episode 10. The team will partner with DEA to help them locate some stolen weapons in LA. The SWAT could find themselves in some real mess with a potential casualty threat in the upcoming episode. Hence, keep reading ahead to learn all the essential details about the tenth episode.

The tenth episode has been titled “Three Guns.” The SWAT team will be teaming up with the DEA to find some stolen Rocket Launchers in Los Angeles. The modern-tech weapons are capable of cutting through armored vehicles. The officers will confront the thieves who end up using these weapons on the team.

The SWAT team might face a serious blow when an officer goes down during the encounter. Meanwhile, Hondo will help Leroy look into the arrest of a homeless veteran in SWAT Season 5 Episode 10. Moreover, Darryl’s father would come up with an idea about a new policing initiative. Also, Luca begins to feel that the mother of his mentee, Kelly, is interested in dating him.

The previous episode depicted Deacon’s need for a second job. He has four kids and a homemaker wife. So, he worked on private security gigs to earn some extra cash. He teamed up with Chris to escort a wealthy businessman named Miguel Velez to Las Vegas. They took a slight detour at the cowboy town as Velez grew up watching cowboy movies. However, they were run by two attackers. They demanded Velez be handed over. The men also offered to let Deacon and Chris go. However, Deacon and Chris ended up killing the men in SWAT Season 5 Episode 9.

Meanwhile, their cars were damaged, and they couldn’t live. So, they walked up to the town and tried to hide. Surprisingly, Velez was an accountant for the cartel. He was trying to escape the cartel led by Rafa, who sent the men to retrieve Velez. The cartel got wind of Velez’s whereabouts. Further, the team got worried after not hearing back from Deacon and Chris. They tracked them down through highway footage and realized that the two were in danger.

Unfortunately, the cartel got to the town first. The firefight began, and Chris ended up getting caught. Velez had some getaway money, passport, and evidence against the cartel hidden in the town. So, Rafa offered to trade Chris’ life for the evidence. While the deal was happening, the SWAT team broke in and apprehended Rafa and his associates. Chris was safe, and Velez started a new life with his family in SWAT Season 5 Episode 9.

If you miss the latest episode on CBS, you can stream it on the network’s official website and Paramount+. In addition, season 5 is also available on Microsoft Store, Vudu, YouTube TV, and Amazon Prime Video. So, don’t miss the tenth episode and keep returning for more informative episode previews. 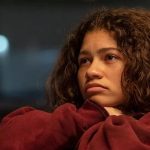 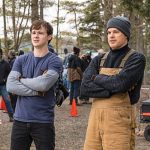