Stephen King is arguably the most prolific horror writer of the generation. TV shows and film based on his literary work is almost as long as the devil’s nail. Mr. Mercedes is yet another brilliant horror thriller adaptation of King’s works. The third season of the show aired in 2019. And since then, fans have been eager to see what happens next in the intense cat and mouse chase between Brady and Bill. But when is Mr. Mercedes Season 4 coming? Let us find that out below-

The third season of the crime thriller series Mr. Mercedes ran on the Audience network from September 10 to November 12, 2019. Viewers are aware that the Audience network has been taken down by AT&T in 2020. So, the drama series was removed from the HBO Max schedule and put into preview mode, allowing it to be seen before its premiere date.

Talking about Mr. Mercedes Season 4, the show has been left hanging in the middle ever since the Audience network was shut down. However, the series found a new home when it was picked up by Peackcock TV. Even though there has been no confirmation, the optimistic fans are seeing this as a glimmer for Mr. Mercedes Season 4.

Mr. Mercedes Season 4: What Will Happen?

The series started with a 16-year-old kid being killed in an accident in a Mercedes car. The accident also injured several other people at a local job fair. At the center of the series is Brady Hartsfield or Mr. Mercedes. He is an emotionally challenged psychopath in his late twenties. Brady’s father died when he was only eight years old. Losing his father at such a young age badly impacted the boy. After the death of his father, Brady now lives with his mother, who is an alcoholic. He works as an electrician and an ice cream seller. Brady has had problems with his mother. As a result, he killed her.

In the series, viewers saw Bill Hodges, a former police detective who is divorced. Bill struggles with depression. He gets frustrated with his life and decides to take his life. However, he finds a reason to live when he receives a letter from an unidentified person. In the letter, he claims to be the one responsible for the job fair accident. The letter also mentioned the owner of the Mercedes, Olivia Trelawney, who committed suicide in the guilt after the incident. After that, Bill begins his probe to uncover the truth. And during his investigation, he gets close with Olivia’s sister, Janey.

As the series progresses, the game of cat and mouse starts getting more intense, and the stakes raise. We see that Billy Hartsfield driven by an existential crisis, is keen on making his mark on the world. However, as the story moves, Hartsfield outshines grounded reality to extended gullibility. We see he is actually able to get into people’s heads. The show has been a thrilling rollercoaster ride of intense drama in a dark and gritty setting with a bit of Stephen Kings’s signature supernatural element. And fans are sure that Mr. Mercedes Season 4 will continue the story of Brady and Bill.

Why Is Mr. Mercedes One Of The Scariest Stephen King’s Output?

Mr. Mercedes is still one of the eeriest and terrifying Stephen King adaptations on television. David E. Kelley adapted King’s Bill Hodges novel trilogy for the screen, with the first of three seasons premiering in 2017 on Audience Network. In contrast to the otherworldly events depicted in many of King’s television productions, Mr. Mercedes addresses humanity’s evils, with its scares based on reality rather than the supernatural.

Mr. Mercedes does not use monsters or mind games to scare the audience. Instead, it investigates the darker aspects of the human brain. Mr. Mercedes instills all of the terror in human enemies whose imaginations are far more powerful than any paranormal force King could conjure.

Brady Hartsfield’s character in the series represents a startling lack of empathy. Apparently, there is no boundary to the harm he is willing to do. He has been subjected to abuse himself in his young days. Thus, Brady is a chilling portrayal of nature versus nurture and the kind of contempt a person can have for a society that failed him.

The way in which Mr. Mercedes delves into the dark side of human nature justifies how man is the father of the devil and makes it one of the scariest TV shows based on Stephen Kings’ works. If there is Mr. Mercedes Season 4, it will likely continue the spine-chilling story in the same fashion. 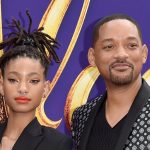 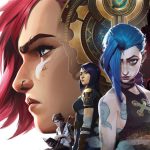