It seems like the characters will experience their lives being mirrored on the stage in Euphoria Season 2 Episode 7. Lexi will finally present her long-awaited play, and everyone is expected to be present. Thus, we might witness a lot of drama unfolding in the upcoming episode. So, keep reading to learn all you need to know about the seventh episode.

The seventh episode of Euphoria Season 2 is titled “The Theater and Its Double.” The upcoming episode will reveal Lexi’s highly-awaited play where art will imitate life. The East Highland crew will witness the complicated dynamics of their lives being imitated by the characters of Lexi’s play. Fez and company will get ready to attend the show. Moreover, the crew will do all they can to lay low and not let the police catch up to any of them. We might see Rue coming up to the theater to watch the play.

Rue made progress while recovering from her withdrawals in the previous episode. She called Ali and apologized for what she had told him. So, he came over and cooked dinner for the Bennett family. Kat tried to break up with Ethan in a clumsy manner. He realized her intention and decided to pull the plug on their relationship. Maddy talked with Samantha and wondered what to do after finding that Nat and Cassie were involved. Cassie and Nate felt tormented after their secret was out and had an argument with their mothers.

Further, in Euphoria Season 2 Episode 6, Lexi hung out with fez and wondered how her play would be received, knowing Cassie was stressed. Faye saw Custer while taking the trash out. He discovered that Custer was being forced to work with the cops to take Fez and Ashtray down for Mouse’s murder. Nate decided to take the matter into his own hands to protect Jacob’s family business and his future. He threatened Maddy with a gun and forced her to hand over the tape.

Meanwhile, Nate gave the tape to Jules. They confessed to each other that none of them lied about their feelings when Nate was cat-fishing last year. Next, he contacted Cassie and offered to stay with her while the drama blew over. Leslie discovered that Rue was not accepted into an inpatient rehab facility in Euphoria Season 2 Episode 7.

HBO will air Euphoria Season 2 Episode 7 on February 20, 2022. The network broadcasts a new episode weekly on Sundays at 9:00 p.m. ET. And each episode of the current season will have 48-65 minutes of estimated runtime.

If you miss HBO’s broadcast, you can stream the latest episode on HBO Max. Moreover, the current season is also available on Apple TV, Amazon Prime Video, DirecTV, Disney+, and Google Play Videos & TV. So, don’t miss out on the seventh episode and keep coming back for more thrilling episode previews only on TechRadar247.com. 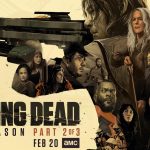 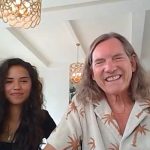