The sixth season of CBS’s legal crime drama series Bull is currently premiering on the platform. However, fans have been thrown off by the news that Bull Season 6 might be the final season of the show. Is it true? Is there a chance of the series coming back? Well, continue reading to find all your answers.

The sixth season of the Bull premiered on CBS on October 12, 2021. And it has been winning hearts with its sixth season. The finale of the Bull Season 6 is scheduled to air on March 10, 2022. However, fans were heartbroken when they got the news that Bull was coming to an end with the sixth season. An official statement released by the network reads, “For six seasons, Bull has established itself as a ratings winner with its fresh take on the judicial process never before seen on television.”

In the statement, the network extended gratitude to the creative teams involved with the show for the journey of six seasons. CBS mentioned several cast members, including Michael Weatherly, Geneva Carr, Yara Martinez, and thanked them for their amazing performances in the show so far. The statement also thanked viewers for showering their love for the six-season run of the series.

Lead cast member Michael Weatherly took to Twitter to express his emotions about the drama series coming to an end. He Tweeted, “Hello all! It’s been my privilege to play Dr. Jason Bull, but after 6 Seasons of incredible storylines, I’ve decided it’s time to pursue new creative challenges and bring his story to a close. It has been an honor to work with this talented cast, crew.”

Continuing his statement in another Tweet, he wrote, “and writing/producing team who helped reinvent the legal drama. Stay tuned for a big series finish…Thanks to all the fans from the bottom of my heart. You will always be a part of our Bull family!”

and writing/producing team who helped reinvent the legal drama. Stay tuned for a big series finish…Thanks to all the fans from the bottom of my heart. You will always be a part of our Bull family! 2/2

Will The Show Return For Bull Season 7?

Fans of Bull have been heartbroken ever since the news broke out that. Many fans took to Twitter to run hashtags and campaigns to renew the series for more seasons. However, CBS’s decision seems final. But for the fans who are desperate for any good news, we’d like to inform you that even though slim, there is a chance that any other network or streaming platform can pick up the series for Bull Season 7. Manifest and Lucifers are such shows that were canceled by the home network. But they found a new home on streaming services.

The main cast of the series includes Michael Weatherly as Dr. Jason Bull, Freddy Rodriguez as Benjamin “Benny” Colón, and Geneva Carr plays Marissa Morgan. The show also stars Yara Martinez as Isabella “Izzy” Colón, Christopher Jackson as Chester “Chunk” Palmer, MacKenzie Meehan playing Taylor Rentzel, and Jaime Lee Kirchner appears as Danielle “Danny” James. If the series comes back for another season after Bull Season 6, we can expect most of the main cast to return in their roles. 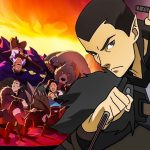 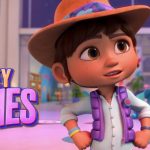