Finally, NCIS Season 19 Episode 13 will return soon to your screen. Well, the team has recently had a near-death experience, and it will continue in this episode as well. The promo reveals that two officers’ life will be put on the line, and they need to be operated as soon as possible. Does that mean someone will leave the show? Well, it might not be possible, especially when Dr. Carlo Wilson appears to rescue. Stay with us to know more.

NCIS Season 19 Episode 13 Preview: What Will Happen Next?

NCIS Season 19 Episode 13, titled “The Helpers,” is written by Scott Williams and Brian Dietzen, and Diana Valentine directed it. Well, it seems no time for the NCIS to rest. While they were exhausted by the last episode, there’s something more to consider in the upcoming episode. They will brainstorm over the death of an intruder at Quantico. So, they will reach the location to investigate the case thoroughly.

But in the middle of their investigation, Kasie and Jimmy will inhale something toxic, and shortly they feel dizzy. Not just that, it will become difficult for them to survive. As the two officers are running out of their life, there will be panic amongst the other officers. So, they will quickly call Doctor Carol Wilson to handle their condition and come up with an antidote. Further, Torres will try to keep Jimmy’s daughter busy when she arrives at the office to spend some time with her father.

Well, so far, fans saw that Jimmy’s beloved wife died from COVID-19, and he appeared distracted. However, things will turn bitterer for him and his team partner. After inhaling toxic gas, their life appears on line. However, Dr. Carol Wilson will come into the picture in order to help save Jimmy and Kasie. Carol will work hard to create an antidote. But will she be able to make it on time? Is this the end of Jimmy’s saga? Well, it looks like things won’t be that easy for him, but he might survive in the end. Just to enjoy some beautiful moments with his daughter.

The previous episode, titled “Fight Or Flight,” focused on the mystery related to Navy lieutenant Kane Lantz. The team rushed to the place where he appeared dead and also his one eyeball was missing. Just in a few seconds, Agent Collins from the Defense Intelligence Agency came and took everything with him without giving a proper explanation. But soon after this, Director Vance and Parker learn about a missing laptop that was snatched from Lantz.

However, later his brother entered and told the cops that he stole it from him for money. They dig deeper into his injuries and find its connection with a human trafficking extortion ring. So, Sawyer and Torres changed their attire as two cage fighters to find the clue. While Torres dealt with a man inside the cage, Sawyer found the missing eyeball. Later, they met the head who suspected them. But thankfully, the NCIS team came on time to rescue them.

NCIS Season 19 Episode 13: When Will It Release?

NCIS Season 19 Episode 13, titled “The Helpers,” is about to land on your screens. It will air tonight, February 28, 2022, only on CBS at 9 pm ET/PT. The episode typically follows the weekly release pattern with all-new episodes airing on Mondays. Each episode is 45 minutes long and also available on Paramount+ and CBS’ official websites. Further, fans can also stream the upcoming episode on VOD platforms like iTunes, Google Play, Microsoft Store, Amazon Prime, Xfinity, Hulu+ Live TV, and FuboTV. So don’t miss it. 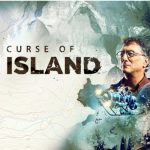