Claws Season 5: The crime comedy-drama series created by Eliot Laurence has been winning over fans with captivating storylines and amazing performances from the cast. TNT’s Claws returned for the fourth season on the network in December 2021. However, it took more than a year to conclude as the finale aired in February 2022. And as the fourth season has ended, fans are wondering will the show ever return for Claws Season 5. Let us find that out below-

Will There Be Claws Season 5?

The fourth season of Claws premiered on TNT from December 19, 2021, to February 6, 2022. And regarding Claws Season 5, the General Manager for TNT, Brett Weitz talked in 2019. According to him, “For the past three seasons, Claws has handled delicate and culturally relevant themes like race, class, gender, age and sexual orientation with grace and humor via superb storytelling.” Fans cherish the over-the-top Clawsian moments that have defined its run, he added. “We will do them justice as we wrap up the tale of Desna and her crew.”

Meanwhile, in May 2021, Brett also revealed, “The Claws ending is fulfilling as an ending of a series as you could want. It’s exactly what Desna and her band would want you to see – a little bit of crazy, a lot of fun, and the exhilarating ending to a great series run.” So, we’d like to inform the fans that the future of the series looks bleak as Claws Season 5 has been canceled by the network.

Although, there is always a ray of hope for the fans of the show. If any network or streaming network comes in as a knight in shining armor and picks up the show, then fans might get more installments in the future.

Is ‘Claws’ Based On A True Story?

As per the reports, ‘Claws’ is based on a genuine story in part. In essence, the female empowerment-themed series’ characters are based on real-life experiences. In a March 2017 interview, creator Eliot Laurence acknowledged that the series’ primary character Desna Simms is inspired by his own aunt Victoria Hall, also known as Aunt Vicky. Laurence’s aunt, who died before the series was conceived, had a significant impact on his life. In fact, he ascribed his ability to laugh at himself to his aunt. If his aunt, who liked having her nails painted, had been alive, he imagined she would have adored the series.

The setting of Florida reminds Laurence of Dave Barry and Carl Hiaasen’s famed ‘Florida noir novels.’ And, because he was a fan of crime fiction, he began to incorporate the element of humor into a storyline that characterized the genre. On the other hand, the storyline is made up, as the premise of nail technicians’ life being disrupted by illegal money laundering is made up. Laurence based the show’s plot in Palmetto, Florida. The city is said to have a high crime rate, which has also been discussed on the show. Polly appears to be a pleasant person in the series, but she too is sentenced to prison.

In addition, other cast members include Kevin Rankin as Bryce Husser, Jack Kesy as Dwayne “Roller” Husser, while Breaking Bad famed Dean Norris is seen as Clay “Uncle Daddy” Husser. Then, we have Harold Perrineau as Dean Simms, Jason Antoon essaying Ken Brickman, and Jimmy Jean-Louis as Gregory Ruval. And if there is Claws Season 5, most of the main cast members will return to their roles.

Why Desna Is The Best Character On The Show?

Desna is generally recognized as one of television’s best Black female stars and the principal character. She works tirelessly to care for Dean and give them the life they never really had as children. She collaborated with the Husser clan to open a larger salon in order to increase her revenue.

She’s bright, driven, and determined. But she occasionally gets herself into trouble. Desna isn’t afraid to seek help because she knows her colleagues will come through for her. She is a clever businesswoman who is just as loyal to her team as they are to her, which aids her in her quest to build her own empire. 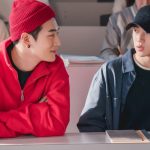 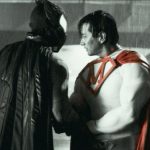