The Feds would be chasing a psychotic abuser who is after his ex-girlfriend in FBI: Most Wanted Season 3 Episode 14. Although, the FBI team will try to track down the abuser before he gets to his victim. Jesse and Sarah will consider taking a trip together. So, keep reading ahead to learn all the essential updates about the returning episode.

FBI: Most Wanted Season 3 Episode 14 Precap: What Will Happen Next?

The fourteenth episode of FBI: Most Wanted Season 3 is titled “Shattered.” The team will go after an abusive man in the next episode. The criminal is hunting down his ex-girlfriend, who is trying her best to escape him. Meanwhile, Jack and Sarah will plan on taking their dream vacation together in the upcoming episode.

Previously, a financial client called a businessman named Daniel regarding a huge discrepancy in her portfolio. She wanted to file a complaint regarding it. Daniel called someone and told them that he needed $10 million. Soon after, Daniel’s daughter, Darcy, was attacked by a man while she was reading a book in her room. Darcy’s mother rushed in and attacked the man who ended up murdering her. After which, he went after Darcy and threw her off the second-floor balcony.

The Most Wanted crew was called in to look into the double murder case as Daniel’s son, Craig, called 911 after finding his mother and sister. The team reached Daniel’s office and discovered that he was missing $10 million from a client’s profile. The client also filed a complaint regarding the same. The feds also discovered some Oxycodone in his desk drawer.

Elsewhere, in FBI: Most Wanted Season 3 Episode 13, Daniel called his father to meet him with a gun. The officers discovered that Daniel was trying to leave the country. The local officers also found his abandoned car with blood in it. They found Daniel dead inside when they opened his car’s trunk. The team found Craig’s fingerprints all over the car but not inside the trunk. They found Daniel’s phone and traced a regular call coming from Delaware. The lab results revealed that Daniel came home, found the bodies, and fled the scene. They also felt that Craig’s life might be in danger.

The Killer Targets Craig For Murdering His Daughter

Further, in FBI: Most Wanted Season 3 Episode 13, the team met a man named Homer in Delaware. The killer broke into the house of Craig’s aunt with a gun. He kidnapped Craig and took him away. Talking to Daniel’s dad, the feds found that he went to meet Daniel, who asked his father to shoot him because he owed a lot of money. The FBI arrested Daniels’ father after the confession. The team discovered that Craig had been kidnapped.

The feds forced the sheriff to resign for his carelessness. The team found out that Craig took Britanny to his family’s fishing cabin. And she never came back from there. Britanny’s dad tortured Craig and cut his thumb off. Then Craig took Britanny’s father to a deep freezer containing her body. The killer shot Craig in the knee when the team swarmed the cabin. Jesse talked the killer down and arrested Craig and Britanny’s dad. Jess then realized how grateful he was for his family. He went home and reconciled with his wife in FBI: Most Wanted Season 3 Episode 13.

The upcoming episode has been delayed for a week. CBS will air FBI: Most Wanted Season 3 Episode 14 on March 8, 2022. The network will air the latest episode next Tuesday at 10:00 p.m. ET.

If you miss the upcoming episode on CBS, you can stream it on the network’s official website and Paramount+. Moreover, season 3 is available to stream on DirecTV, Fubo TV, Sling TV, Hulu+Live, Philo TV, and YouTube TV. So, don’t skip the fourteenth episode and return for more exciting episode previews only on TechRadar247.com. 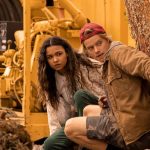