Conrad will be treating an overdose patient with an unknown identity in The Resident Season 5 Episode 15. He might end up dealing with a much bigger scandal while finding the person’s identity. Moreover, Devon will treat his patient with a new medicine that might lead to complications. So, keep reading ahead to know all the necessary details about episode 15.

The Resident Season 5 Episode 15 Preview: What Will Happen?

The fifteenth episode of The Resident Season 5, titled “In for a Penny.” Devon will treat his patient with a revolutionary medical fluid in the upcoming episode. However, his treatment does not turn out to be as planned. Thus, he will have to deal with complications due to the medicine. An overdosed person with an unknown identity will be rushed into Chastain. Conrad will treat the patient. However, he might end up uncovering a bigger scandal while trying to find the person’s identity in The Resident Season 5 Episode 15.

In the previous episode, AJ discovered that people discussed the accusations against Billie while working out with Conrad. Not just that, Billie’s scandal had become viral on Twitter, and a lot of people saw it. Kit had to step down from the CEO’s position after the scandal. The board chose to reinstate Dr. Bell as the CEO to deal with the heat. The hospital struggled with the shortage of nurses. All the nurses were taking travel jobs as it paid quite well.

Meanwhile, in The Resident Season 5 Episode 14, a window cleaner lost balance and was left hanging mid-air. He faced some serious injuries. Trevor took Billie’s side when the interns talked disrespectfully about her. Billie confided in Conrad about her situation while the resident who criticized her the most overheard their conversation. Kit was busy rescuing the window cleaner and tending to his injuries. Jessica informed Bell that she might become a travel nurse and leave the hospital.

Billie kept losing her patients and was taken off her surgeries. Next, the resident told Trevor about overhearing Billie’s conversation. Trevor texted Billie, informing her about it. Billie met with Porter, who did not accept her terms, and asked her to withdraw the complaint. Kit took care of the window cleaner named Tara, who suffered from a herniated cerebellum after surgery.

Trevor Discovers The Identity Of His Parents

Elsewhere, Jessica received an offer from Sacramento, but she needed to respond fast to secure her position. Billie told Bell and Kit that she was withdrawing her complaint to protect her son. Trevor found out that Porter was his father despite AJ trying to stop him. AJ tried to explain to Trevor that he was not the man his father was. While dealing with the scandal, Billie performed a risky surgery successfully and saved the patient’s life. Jessica used her job offer to negotiate better pay with Bell.

Kit and Bell attended the meeting with Billie to withdraw her complaint. Trevor stopped her and revealed that he was Porter and Billie’s son. He also proposed a DNA test to confirm. Padma told Leela that she wanted a kid and asked if she could donate her egg. Trevor and Billie had a nervous conversation after finding the truth. He needed some time to process everything. Bell replaced Porter at the board position in The Resident Season 5 Episode 14.

Season 5 is returning after a week’s delay. Fox will air The Resident Season 5 Episode 15 on March 8, 2022. The network broadcasts a new episode weekly on Tuesdays at 8:00 p.m. ET. In addition, each episode of the current season will have 45 minutes of estimated runtime.

If you miss Fox’s broadcast, you can stream the latest episode on the network’s website and the Fox Now app. Moreover, the current season is available to stream on Fubo TV, Xfinity, and DirecTV. So, don’t miss out on episode 16 and keep coming back for more thrilling episode previews only on TechRadar247.com. 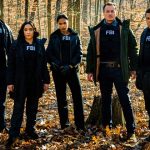