HBO Max’s My Mom Your Dad is a reality dating series created by Greg Daniels and Haley Daniels. However, it is not like any other dating show you’ve seen. My Mom Your Dad deals with single parents trying to find love again, but they are nominated by their children. The parents move into a house called Second Retreat, where they interact with each other. After the premiere of the first season, the show has charmed its way into the fans’ hearts. Now, there are waiting for My Mom Your Dad Season 2. So, let’s discuss what we know about it.

What Is My Mom Your Dad About?

My Mom, Your Dad is not like just another dating show out there. The series accounts for the previously untouched aspect of parent-children relationships. In the show, a group of single parents comes to a mansion known as the Second Chance Retreat. These single parents go through a series of intriguing experiences while trying to find the right match for themselves. The series gets more interesting as the participants are unaware that their kids are keeping an eye on them. Even sometimes, kids also pull out pranks on their parents.

The show examines the dynamics of modern relationships from the perspective of two distinct generations. They have proven time and again that even youngsters can have a better understanding of relationships than adults. So, if the series returns with My Mom Your Dad Season 2, it will be filled with more delightful fun moments between the children and their single parents.

Jennifer O’Connell of HBO Max talked about the scope and potential that the series has because of its association with Greg Daniells, who is known for comedy masterpieces like The Office and Parks And Recreation. She stated, “Greg’s comedic brilliance with Haley’s original ideas, combined with the unscripted expertise of ITV Entertainment and the multi-talented Yvonne Orji is sure to result in highly addictive viewing.”

Why Did Karen Leave The Second Retreat?

Karen had to depart unexpectedly from the first season of My Mom Your Dad for personal reasons, which was the most upsetting event of the HBO reality dating series. She and Troy had built the deepest bond at the time. So, her departure put a damper on a season that seemed to be headed in the direction of real love. Breanna, Karen’s daughter, and Noah, Troy’s kid, hadn’t done a terrific job of preparing their parents. The Kids’ Bunker chose to give Karen dates with Scott and Phillip Sr. because Noah wanted Troy to keep his choices open and go on more dates.

While many fans are concerned as to why Karen had to depart so suddenly, it is none of their business except Karen’s and her family’s. The audience wants to know whether Karen and Troy are together after their reunion at the end of the play or they have gone separate ways. However, Karen and her daughter’s personal reasons for leaving the show should stay private.

While Troy and Karen follow each other on Instagram, they’ll probably wait until more individuals have finished the season before revealing whether or not they’re still together. Many fans were worried about Karen leaving because their connection was more engaged than any other on the show, and they are hoping she is still with Troy. 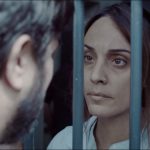 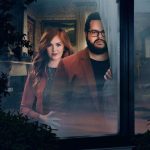