It seems like Vivek will deal with some troubles back home in Grown-ish Season 4 Episode 16. The crew will help him during the tough times. However, the situations will make the crew members wonder about their own lives. Hence, continue reading to know all you need to know about episode 16.

The sixteenth episode of Grown-ish Season 4 is titled “Live Your Life.” The crew will be there for Vivek when a terrible tragedy hits close to his home. Vivek’s father will suffer from a heart condition and will have to undergo surgery. Moreover, old partners from the crew will grow closer. the surroundings will make them think hard about their own lives in Grown-ish Season 4 Episode 16.

The previous episode began with Luca and Zoe kissing passionately while Ana and Vivek were seen back in bed together. Zoe reflected on her time at Cal U while Diane told her to stick to her high school business class project’s script. Diane was glad that Zoe was letting her stick around. Zoe mentioned that she should have been on her internship. Zoe had a flashback of her hot kiss with Luca while Diana asked her why they could not go to the internship.

Further, Zoe took her siblings to the Anti Muse office to avoid mentioning her kiss to them. Luca arrived as Diana revealed that Zoe forgot to mention that her boss was also her ex-boyfriend. Diane sensed something between Zoe and Luca. She asked Zoe about it while eating at a nearby diner. Zoe confessed to kissing Luca. Diane asked if Aaron knew about it. Zoe revealed that Aaron had been ignoring her for weeks as Diane slid straight into Aaron’s Instagram DMs.

Meanwhile, Zoe and Diane went back to her place where the latter told Vivek, Jazz, and Nomi about Zoe’s kiss. Nomi, Jazz, and Ana asked Zoe about it. Zoe revealed that she was scared of messing up her creative partnership with Luca. Zoe told the girls that Luca had always been there for her during college. Nomi and Ana were convinced that Luca was Zoe’s soulmate. However, Jazz felt Zoe needed to see men outside the Cal U bubble. Zoe realized that she needed to talk to Luca when Nomi asked if she could not live without Aaron or Luca.

Luca And Zoe Talk About Their Feelings At Midnight Event

Moreover, in Grown-ish Season 4 Episode 15, Kiela was angry about Luca’s kiss and outed him to Doug. Luca felt clearer about Zoe after talking to Kiela. he decided to express his feeling to Zoe. Vivek and Jack could not believe that Aaron broke up with Zoe. Jack was awkward around Aaron when they picked him up. Aaron sat down with Jack at the chicken and waffle event. He apologized to Jack for not telling him about the breakup. Zoe watched them while Aaron revealed that he wanted to be the man Zoe deserved by himself.

Jazz stopped and teased Doug for the food arrangement. She thanked him for being with her during a tough phase. Kiela watched the two talking from a distance. Luca gave Zoe the big news about them and Anti Muse at the midnight event. The creator, Tyler wanted to work with their brand. Soon after, Luca and Zoe had an open conversation about how they felt for each other. Zoe revealed that Luca was her creative soulmate and not a romantic one. Luca pretended to feel nothing and hid his growing feelings for Zoe.

Additionally, Luca assured her that he would not change while Zoe headed home thinking her bond with Luca was still intact. Luca and Kiela shared a joint at her apartment, talking about their lost loves. Kiela was hurt that Doug did not tell her about his feelings for Jazz. She returned Doug’s underwear and commented both he and Luca could not get over the women from their past. Doug was disgusted to know that it was not his underwear. Diane asked Zoe on camera which man she could not live without during the night. Zoe admitted that it was Aaron in Grown-ish Season 4 Episode 15.

Freeform will air Grown-ish Season 4 Episode 16 on March 10, 2022. The network broadcasts a new episode weekly on Thursdays at 9:00 p.m. ET. And season 4 is expected to feature a total of 18 episodes.

If you miss Freeform’s broadcast, you can stream the latest episode on the network’s website and Hulu. So, don’t miss out on episode 16 and keep coming back for more thrilling episode previews only on TechRadar247.com. 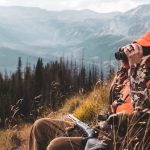