Netflix’s Taiwanese murder mystery thriller series Light The Night, also known as Blue Hour, released its first two seasons within a span of two months. And the second season that premiered in late December 2021 ended on a cliffhanger. However, luckily fans won’t have to wait for too long as Light The Night Season 3 is already on the Horizon. So, let’s discuss what to expect from the third season.

The second season of the series revealed more secrets related to the death of Sue. It also delved deep into how the friendship between Sue and Rose began and a troubling incident that involved Rose’s dad and Sue. Meanwhile, ahead in the season, Rose was in a tough place as all the odds were a point that she had killed Sue.

In the second season finale, while the team of Light was commemorating their victory, Yaya also said sorry to Rose as he suspected her of killing Sue. In the end, Chiang Han came across a voice tape of a woman who seemed nervous regarding the potential killing of another woman. Moreover, as get was getting ready to see Rose, He was hit by a car.

Upon its return, Light, The Night Season 3 will aim at answering several mysteries from the second season that fans were left wondering about. One of the most important questions is What Happened to Chiang Han after he was hit by a car and who was the person driving that car. Moreover, the third season will reveal more about the mysterious audiotape that Han found. Wen-cheng is keeping an eye on Chiang Han, who is also one of the people suspected of killing Sue. As a result, an accident might send things in a completely other direction.

The second season of the Taiwanese thriller series Light The Night came to Netflix on December 31, 2021. Meanwhile, in regards to Light The Night Season 3, brace yourself as the show is returning much earlier than any of us could have anticipated. It has been only a couple of months since the second season was released. And Netflix is already ready with Light the Night Season 3.

Who Will Be Star In The Third Season?

The cast of Netflix’s Taiwanese thriller series will feature Ruby Lin as Lo Yu-Nung/Rose, Yo Yang playing Pan Wen-cheng, Derek Chang as He Yu-en. Meanwhile, the cast also includes Puff Kuo as Wang Ai-lien/Aiko, Esther Liu playing Li Shu-Hua/Hana, Cherry Hsieh as Chi Man-ju/Ah-chi, Cammy Chiang appearing as Lin Ya-wen/Yaya, and Nikki Hsin-Ying Hsieh can be seen as Huang Pai-he/Yur. On the other hand, there is Rhydian Vaughan in the role of Chiang Han.

Meanwhile, talking about Light The Night Season 3, most of the main cast members will be back in their roles. On top of that, fans may also get to see Cheryl Yang as Su Ching-Yi/Sue in flashback scenes; Freya Fox has also joined the cast for the third season. But as of now, we don’t know much about her roles in the season. In addition, there might be some more new faces in season 3.

Also Read Into The Night Season 3: Will There Be A Next Season? Release Date & More Details 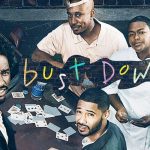 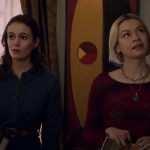