truTV’s Tacoma FD is a sitcom drama series revolving around the members of the fire team at station 24, Tacoma, Washington. However, don’t expect some boring firefight drama. It is full of hilarious and quirky activities that firefighters engage in to kill their boredom. The show was renewed for Tacoma FD Season 4 back in 2021, while the third season was on-air. So now fans are waiting for when it will premiere.

What To Expect From Tacoma FD Season 4?

In the third season of the series, we saw Terry, Eddie, passing most of their time in the fire station, where they did several activities. Some of these activities included running to save a man who got hit by a toy truck, contesting in the yearly Pickleball contest, and arranging a prohibited birthday party for Andy. Meanwhile, the crew members were also quarantined as they were vulnerable after being exposed to the simian flu. On the other hand, the fire station was handling a sexual misconduct complaint.

At the end of the third season, Terry told Eddie that he was going to resign from his post as the chief because he had taken another job offer. Eddie gave his regard to Terry for his new job, while Terry recommended Eddie’s name to fill his shoes as the next chief of the station. In addition to the post of the chief, Terry gave Eddie the Station 24 Book of Knowledge so that things go on smoothly even after he is gone. Whereas when the firefighters were away, a fire hazard happened at station 24.

When the series returns with Tacoma FD Season 4, it will pick up after the fire incident in the third season finale. We may see the aftermaths of the fire incident further in the fourth season, especially on the crew’s future plans and pursuits. As the covid restrictions have been lifted, unlike the third season, Tacoma FD Season 4 will likely be set on a number of different locations.

While talking about the fourth season, showrunner Kevin Heffernan in a conversation, stated, “We were able to really dig into a lot of the characters and the fun they can have in the station. It was by necessity, but it ended up working out great for us.”

The third season of truTV’s Tacoma FD started its premiere on September 16, 2021. And it concluded its run on December 9, 2021. And while, talking about Tacoma FD Season 4, we have lovely news for the fans, as their favorite comedy-drama series has been greenlit by the network for a fourth installment. The decision to renew the series came on November 13, 2021, even before the premiere of the third season finale on December 9.

Given how much love the audience has showered over the series throughout its run, the renewal for the fourth season was inevitable. The news of the renewal came from the show’s official Instagram handle. However, as of now, we have no details about the production and release schedule of Tacoma FD Season 4. But with Covid restrictions gone, we expect it to go on a faster pace than the previous season. And if everything goes smooth, we may have season four by the end of 2022.

Who Will Feature In Tacoma FD Season 4?

The cast of truTV’s sitcom drama series features Kevin Heffernan in the role of Chief Terry McConky, while Steve Lemme appears as Captain Eddie Penisi. These two characters have been the highlight of the series. Hence we expect them to come back in their roles in Tacoma FD Season 4.

On the other hand, the show also stars Marcus Henderson as Granfield “Granny” Smith. Eugene Cordero plays Andy Myawani. Gabriel Hogan appears as Ike Crystal and Hassie Harrison essays Lucy McConkey. In the fourth season, most of these cast members will also likely return to their respective roles. 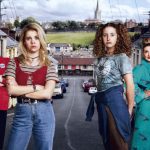 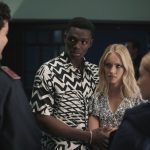