It seems like Jerome will try to track Peaches down and punish him for his betrayal in Snowfall Season 5 Episode 7. Franklin will try to get his family back together. Meanwhile, the crew will figure out their next move after discovering Kane attacked them. So, keep reading ahead to learn all you need to know about the seventh episode.

The seventh episode of Snowfall Season 5 is titled “Lying in a Hammock.” Jerome and Len will try to track Peaches down. He was the one who set Franklin and his family. He also gave Kane all the information he needed. Hence, Peaches will have to pay for his betrayal in the upcoming episode.

Moreover, the Saint crew will figure out what they need to do next. They are aware that Kevin’s brother Kane planned an attack against them. So, they will look to find Peaches and Kane to teach them an unforgettable lesson. Franklin will try to stop Veronique from leaving. He will do anything to save his family from falling apart in Snowfall Season 5 Episode 7.

In the previous episode, Franklin woke Gustavo so they could figure out a way to escape. Gustavo quickly assessed the situation and pulled off his belt. He wrapped it around the bars of their and the tiger’s cage. Soon after, the old man showed up and Franling tried to convince him to let them go. He also offered to give the old man their bags full of cash. However, the old man laughed at the offer and began raising the bar using a lever so the tiger could eat Franklin and Gustavo alive.

Further, in Snowfall Season 5 Episode 6, the old man got furious when he realized that the bars were tied together and the cage could not ascend. The man climbed the cage and tried to loosen the belt. Gustavo rattled the cage until the man fell. The tiger ripped the old man’s leg off and ate it. The man screamed in pain while Franklin tried to reach his keys that fell on the ground. The old men bled to death while Franklin got the keys and set themselves free. However, they had no bullets or a car and the street gang was after them.

Unfortunately, the duo ran into the car of gangbangers. They put Franklin and Gustavo in the trunk and drove to a nail salon. The gangbangers tied the duo and tortured them in order to find the location of the money. Franklin caved in and told the gang that he would take them to the house where the money was buried. He led the gang members to the old man’s house where the tiger jumped on them.

Franklin grabbed a gun and pulled it on the youngest gang member. Franklin threw the kid into the car’s trunk and drove to a payphone. he called Uncle Jerome and informed him about his location. Jerome and Leon picked Franklin up. After which, they ambushed the nail salon and rescued Gustavo. They retrieved the money and Gustavo thanked franklin for coming back for him.

Moreover, Franklin said he did the right thing even after knowing that Gustavo and Teddy were spying on him. Gustavo said that he did not know Teddy was spying and Franklin believed him. They realized that Peaches was the one who set them up. Franklin discovered that Kevin’s older brother, Kane, tried to have them killed. Kane was aware that Franklin killed Kevin. He wanted to kill Franklin and take his throne. Veronique decided to leave Franklin because his world was too unsafe for her and their baby. Franklin got emotional when he was his baby on the ultrasound screen in Snowfall Season 5 Episode 6.

FX will air Snowfall Season 5 Episode 7 on March 30, 2022. The network broadcasts a new episode weekly on Wednesdays at 10:00 p.m. ET. Fans can also stream the upcoming episode on Hulu a day after FX’s broadcast. Moreover, season 5 is also available on Sling TV, Fubo TV, YouTube TV, and Hulu+Live. So, don’t forget to watch the seventh episode and keep returning for more thrilling episode previews only on TechRadar247.com. 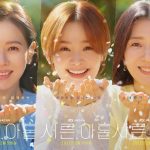