Who Is Veronika Shkliaveva? Know Everything About Karen Khachanov’s Wife! 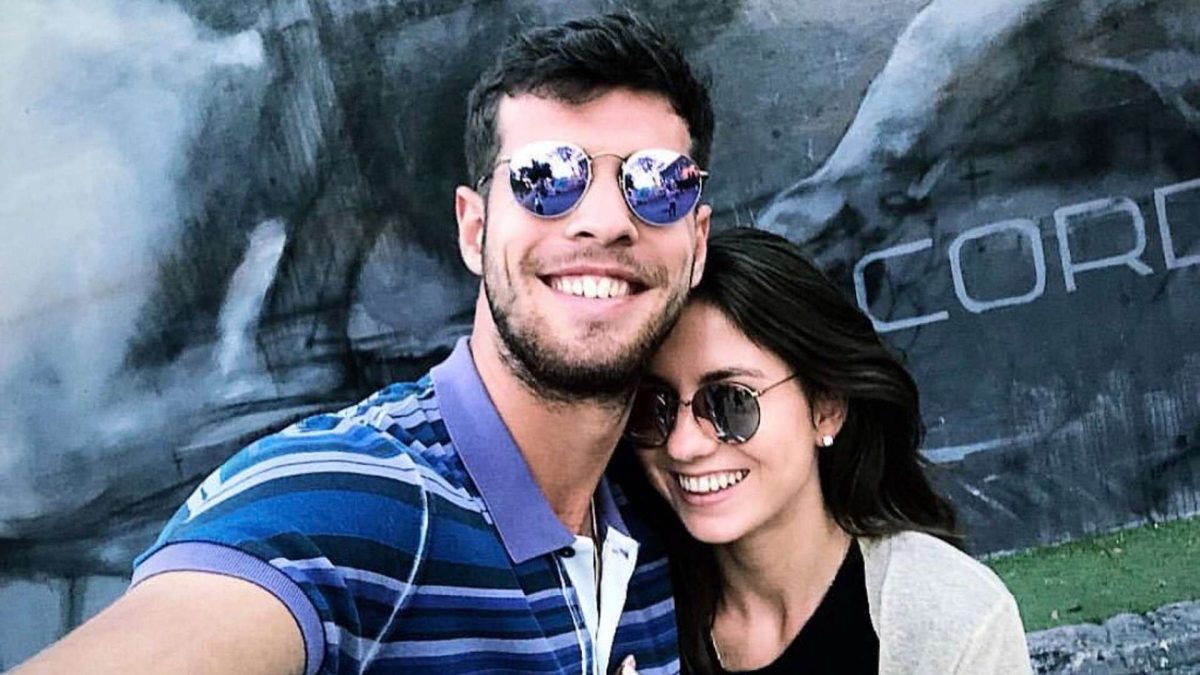 Many of you know about Karen Khachanov, a professional tennis player. He was born in Moscow, Russia, on May 21, 1996. He has been thriving in his career, and he’s a globally famous personality. Karen used to give warnings to others with his stern look. But in reality, he’s an extremely polite and calm person. And many of his fans have already given their hearts to him, including Veronika Shkliaveva.

You will be surprised to know that he’s married to the love of his life. Indeed you read it right! He was married to Veronika Shkliaveva when he was just 19. The couple dated each other long ago and later decided to tie the knot. To your surprise, they are living a wonderful life together. But if you are amongst those who have no idea about Karen’s wife. Then lets us take you on a trip to explore more about Veronika. Here is everything you need to know.

Everything To Know About The Couple

Fans will be surprised to know that both of them were kids when they first met. They were young, naive, and had no idea about their true feelings for each other. Still, they made it together and ended up tying the knot when they were young. Well, it’s quite rare to witness such kind of love story, but the couple builds something beautiful of it. Now, Veronika and Karen are enjoying their marital life. Karen has been the supportive and lovable husband, and the same goes with Veronika too.

She travels with him everywhere as a devoted wife and stays by his side in every match and tournament. Well, many appreciate their relationship and love the couple together. It looks like their marriage is made in heaven. Speaking of Veronika, she was also brought up in Russia and born in 1996. But there’s no more news regarding her exact birth date.

They Were Kids When They First Met

Veronica and Karen were kids when they first met. As per Karen, he was just eight years old when he first spotted Veronica at the airport. However, his impression of her wasn’t good at all. This is because he hit her mistakenly while playing with a baggage cart. However, things didn’t go well in the immediate future too. That ended up Veronica calling his mom that he was an idiot.

Other reports suggest that the couple met each other at the Trigona Club at kindergarten. Karen was just started playing tennis while Veronica was there for general development. Later they developed a friendship and went to summer camps together. However, when Karen was 15-year-old, he started developing feelings for her and started paying more attention to her. Later, they started dating, and things went well smoothly.

The Couple Vowed In April 2016

Finally, after dating for a couple of years, the couple decided to take their relationship to a new level. They tied the knot in April 2016. Before that, the couple discovered a lot about each other and realized that they could stay together. Some reports also suggest that Karen was only 19-year-old when they decided to exchange marital vows. Their wedding took place in Barcelona. The wedding was a close-knit ceremony, and they had their honeymoon in the Maldives.

The couple spent their three years together enjoying and trying to know each other better and more. But after three years of love and happiness, the couple decided to expand their family. As per the reports, the couple welcomed a baby boy on September 14, 2019. They named their firstborn David, who brought so much happiness to the family. As of now, the couple hasn’t revealed any plans for future kids. But let’s cross our fingers.

They Aren’t Same At All

While the pair love each other a lot and are compatible, some things differentiate the couple from each other. Firstly, she doesn’t like to give interviews. Secondly, she reads a lot of books compared to Karen, who doesn’t read so many books at all. She can even read faster than him.

They aren’t of the same height also. Veronika Shkliaveva is 5 feet 10 inches taller. Well, a woman of such height can be considered to be tall. But she is shorter than her husband. Keemo is 6 feet 6 inches, and he is way taller than Veronika. However, it didn’t bring any indifference between the couple, and they still stayed together, enjoying each other’s perfections and flaws.

Recently Karen has represented the Republic of Russia at the Tokyo 2020 Olympics in men’s tennis singles. He played wonderfully and overcame James Duckworth, Yoshito Nishioka, Ugo Humbert, and Diego Schwartzman to reach the semi-finals. He reached a height where he beat Pablo Carreno Busta. But unfortunately, he lost the match to Germany and got a silver medal. But throughout the Olympics, his wife supported him.

How Much Does The Couple Earns?

As of now, Veronika Shkliaveva’s net worth and her career haven’t been revealed yet. However, her husband is a well-known tennis player. So naturally, Karen has made some handsome income through endorsements and a tennis career. His approx net worth is more than $8 million. Karen also gained huge lump sums from his endorsements, such as Wilson, Rolex, Nike, Mercedes, and Giorgio Armani. Apart from this, the professional tennis player has so far earned $10.2 million in prize money. There’s a possibility that his price money and net worth will increase in the immediate future.

We will keep you updated as quickly as we learn more about Karen and Veronika. Stay tuned to TeachRadar247 to know more.