ABC’s family drama series Promised Land, created by debuted on the network in January 2022. The series revolves around the rivalry between two Hispanic families trying to dominate the wine trade in Sonoma Valley. In spite of mixed critical responses, the show has garnered decent viewership. After the first season ended, some fans were curious will there be Promised Land Season 2. Here’s what we know.

What Will Promised Land Season 2 Be About?

At the beginning of the first season of Promised Land, Joe Sandoval was pondering about the fate of his vineyard. Viewers learn that Joe has some secrets from his family. On the other hand, Margaret was trying to occlude Joe’s future. Joe’s real identity and how he set up his enterprise is the biggest secret that his rival wants to use against him.

Nevertheless, at the end of the first season, Joe eventually comes clean about his true identity and admits he did whatever he had to do to fulfill his dreams. The ending of the first season had some positivity as Joe was trying to right his wrongs with his loved ones, including Lettie. At the same time, Joe named Veronica as his inheritor at Heritage House and started working at Mateo’s vineyard as a winemaker.

When the show returns with Promised Land Season 2, it will likely continue the narrative after the ending of the first season. The second installment will follow the Sandoval family trying to make it work in the new phase of their lives after their lives were changed at the end of season one. Viewers will see how Joe is adjusting to his new employment at Mateo’s vineyard. The majority of the characters appear to have bright futures. It will be fascinating to see how things develop in Promised Land Season 2.

Will There Be Promised Land Season 2?

The first season of Promised Land debuted on ABC on January 245, 2022. However, the season finale was premiered on Hulu on March 29, 2022. In regards to the second installment of the series, the signs are not looking very promising. After the premiere of the penultimate episode, ABC removed the show from the network’s schedule.

So, even though the series is not yet officially canceled, chances are it is not coming back. However, for fans who are looking for some silver lining, showrunner Matt Lopez is still optimistic about Promised Land Season 2. Thus, there is no reason we can’t be the same.

Then we have Bellamy Young playing Margaret Honeycroft and Andres Velez in the role of Carlos Rincón. If the series is recommissioned for Promised Land Season 2, all the members of Sandoval will likely be back. Moreover, we may also see some new characters in the next season.

Many people are curious whether the series is based on real events. The answer is no; Promised Land isn’t based on a true story. The plot and story of the show are thought and written by Matt Lopez. He also serves as a showrunner for the production. According to its creator, the story features timeless themes like ambition and power, which are still relevant today. Despite being fictitious, Promised Land entails a strong sense of authenticity as it is deeply rooted in the experiences of the Latino community. The show also sheds light on themes such as immigration, which have been the subject of long-running debates in modern sociopolitical. 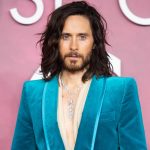