The distinctive singing reality show Alter Ego is the Fox network’s attempt to mimic the success of The Masked Singer. The show produced by Matilda Zoltowski is different from several other singing shows. In Alter Ego, instead of performers on stage, it features an animated avatar of the participants. The first season of the show ended its run in December 2021. Although the critical response towards the show might have not been up to the mark, some fans still enjoyed it very much. And they have been wondering whether it will return with Alter Ego Season 2. So, let’s discuss what is in the future-

Alter Ego is a reality singing competition that features Grimes, Alanis Morissette, Nick Lachey, and Will.i.am as judges. Several aspiring singers perform in front of the judges and a live audience in the show hosted by Rocsi Diaz. But, unlike most singing reality shows, the candidates do not appear on stage during the performance.

Rather, the players are represented by colorful avatars that reflect their personalities. The tournament pits contestants from various areas of life against one another to win the $100,000 top prize. The judges and participants do not see the performer’s avatar in person during a performance and are ignorant of their true identity. In this way, it’s similar to reality shows like ‘The Voice’ and ‘The Masked Singer.’ The avatars on stage have a convincing veneer thanks to some smart technological trickery. And we look forward to seeing more of it in Alter Ego Season 2.

Fox premiered the first season of this unique singing reality show from September 22, 2021, to December 8, 2021. Talking about the possibility of a second season, fans should know that the critical response towards season one has been underwhelming. On the other hand, the show’s viewership numbers are not very good either. But keeping all that in mind, we also should not forget the success of similar shows like The Masked Singer and The Voice.

Therefore, the first season might have failed to meet the expectations of the network. But there is still a chance that Fox will be interested in bringing the series back for at least one more season. Thus, we should not rule out the possibility of Alter Ego Season 2 happening. However, an official announcement will clear things up further. So sit tight and stay tuned to TechRadar247 for all the latest updates about the show.

How Does The Avatar Work?

A participant is equipped in motion capture gear prior to their performance. All of their movements are imitated by the costume. Computers are then used to translate these movements into a digital representation. The avatars are essentially CGI creations that are presented to the viewers via the support of a team of technologists and animators and feedback from the performers.

Viewers may believe that the characters are reflected onto the main stage behind the screens via modern holographic technology. However, this is not the case. The avatars are displayed in front of the panelists and crowd on multiple screens in ‘Alter Ego.’ The Computer animation avatars display on studio monitors in the same way they do on viewers’ televisions at home.

The judges aren’t aware of any of the aforementioned factors, allowing them to focus entirely on the contestants’ performance. The competitors are only responsible for the motions and audio during the performance. These elements are applied to their individual CGI avatars, which are viewed on a screen rather than on stage. To put it another way, the series employs real-time visual effects rather than holograms. 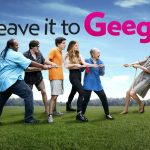 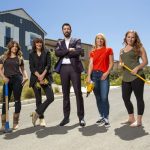