It looks like the officers will be investigating another mysterious murder in Law & Order Season 21 Episode 5. They will try to find the killer who brutally murdered a congressional candidate. The opposing lawyers would do anything to crush the candidate’s agenda. So, keep reading ahead to learn all the updates about episode 5.

Law & Order Season 21 Episode 5 Precap: What Will Happen Next?

The fifth episode of law & Order Season 21 is titled “Free Speech.” Bernard and Cosgrove will investigate the mysterious murder of a congressional candidate. They will end up uncovering a bigger scandal in the upcoming episode. Moreover, ADA’s Prince and Maroun will concoct an extremist plot to derail the candidate’s agenda by any means required. The officers will have to dig deeper to solve the murder and apprehend the murderer.

In the previous episode, Judge Keating was found dead by a woman and her daughter in the parking lot. The law & Order team was called in to investigate the incident. Keating was hit by a fire extinguisher, but there was no robbery as he had all his stuff on him. Keating’s wife revealed that he had been distressed lately. Kevin and Frank found a video of Keating and a man arguing on the court stairs. They found a witness who claimed to know Keating. She said the man was angry because Keating did not rule a custody case in his favor.

Meanwhile, in Law & Order Season 21 Episode 4, the team brought the man named Wallace in and questioned him. He denied ever attacking Keating after the argument. Wallace’s alibi checked out as he was with his son at the time of the murder. The team also found out that Keating was addicted to gambling and owed some money to a bookie. The bookie confessed to threatening Keating, but he returned the money after that.

Further, the officers tested the DNA found on the extinguisher. It belonged to a woman. The bookie revealed that he saw a woman in the parking lot when he was leaving. He described the woman’s car. They tracked down the woman named Lucy, who happened to be a professional tennis player. She refused to talk to the cops or give her DNA. But, Frank picked up her sweaty towel for DNA testing after she left. Nolan was given the case, but he had no motive.

Jack advised him to put all the facts in front of the jury. Nolan discovered that Lucy had psychological issues, and her father took her guardianship. He had been manipulating her to play when she wanted to be with her boyfriend. It turned out that the judge arranged the conservatorship for Lucy’s father. So, she ended up killing Keating. Nolan convinced Lucy to plead guilty in Law & Order Season 21 Episode 4.

The show is finally returning after a three-week delay. NBC will now broadcast Law & Order Season 21 Episode 5 on April 7, 2022. And the network will continue airing a new episode weekly on Thursdays at 8:00 p.m. ET.

If you miss CBS’s broadcast, you can stream the latest episode on the network’s website and the NBC app. Moreover, the current season is available to stream on Peacock and Hulu. So, don’t forget to watch the fifth episode and stay tuned for more thrilling episode previews only on TechRadar247.com. 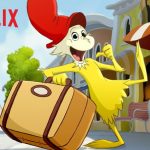 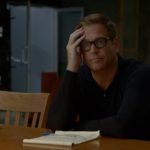