So You Think You Can Dance Season 17 was supposed to return in 2020. However, it failed to come back due to the COVID-pandemic. But don’t fret, as the show is ready to return with brand new contestants and teams to light up your mind. Moreover, some changes in the show’s format will leave you on the edge of your seat. Someone from the prominent member won’t return this time. Indeed you read it right. Keep reading to know more.

Created by Nigel Lythgoe and Simon Fuller, So You Think You Can Dance follows a format where trained dancers first audition to get into the competition. They showcase their talents to move forward in the show while adapting various styles. But in the end, only the best out of the best dancers are selected as finalists who compete for the grand prize and the crown. The dance styles include classical, ballroom, street, club, musical theatre, contemporary, and jazz and more.

Fortunately in February 2022, Fox announced that So You Think You Can Dance Season 17 would be on hold. The news arrives after the COVID-related pandemic hit the world hard. The production on season 17 was on hold as they weren’t allowed to shoot due to health and governmental restrictions. Thus the show wasn’t able to return in 2020. But that doesn’t mean the show is gone. It will indeed return with season 17.

So You Think You Can Dance Season 17: Who Will Return In The Show?

As of now, auditions haven’t been done yet. So, it’s challenging to say who will join the team. But we can safely bet that the show will feature highly skilled dancers between the 18 to 30 age group. Besides them, Cat Deeley will return to host So You Can Dance Season 17. She has been hosting since season 2, replacing Lauren Sanchez, who only hosted the first season. Before the show went on hiatus, the original judges were Mary Murphy, Laurieann Gibson, and Nigel Lythgoe.

But it seems like new judges will introduce in So You Think You Can Dance Season 17. Now So You Think You Can Dance finalist Stephen “tWitch Boss, Glee, Dancing With The Stars runner-up JoJo Siwa, and Broadway alum Matthew Morrison will join the judging panel. Shortly after that, Nigel revealed why he left the show. He said he wasn’t asked to be a part of the judging panel. But he wished all the contestants good luck as they would work with fine choreographers.

How To Audition For Season 17?

Auditions for So You Think You Can Dance Season 17 started in March 2022. Interesting dancers can register for the competition on Fox’s official website. Go to fox.com/dance to register for the audition. Selected candidates will head to the next level, including auditions in Los Angeles, New York, and New Orleans. Selected ones will permit to perform in Los Angeles in front of the judges.

So You Think You Can Dance Season 17: When Will It Return?

Finally, the wait is about to over. So You Think You Can Dance Season 17 will air on Wednesday, May 18, 2022, at 9 pm ET/ PT only on Fox. Further, the show is also available on the streaming platform Tubi, Hulu, and Fox Now. You can also catch it on-demand on Cox Contour TV, DirecTV, Dish, Hulu+ Live, DirecTV Stream, Spectrum, Optimum, Xfinity, and YouTube TV. So don’t miss it. 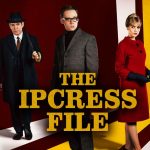 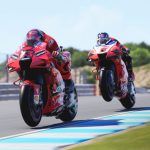