It seems like Dylan and Crockett will find themselves investigating a case after a patient gets shot in Chicago Med Season 7 Episode 18. The duo will try to find the shooter who shot the patient during a home invasion. Further, Archer and Hannah will end up arguing while treating a patient. The patient has close ties with Goodwin. So, continue reading ahead to learn all you need to know about episode 18.

Chicago Med Season 7 Episode 18 Precap: What Will Happen Next?

The eighteenth episode of Chicago Med Season 7 is titled “Judge Not, For You Will Be Judged.” Archer and Hannah will have an argument regarding a patient who is related to Goodwin. A patient will get shot during a home invasion. Dylan and Crockett will treat the patient and play a crucial role in the investigation to find the shooter. Moreover, Maggie and Will will team up to help a patient who is present in the country illegally in episode 18.

Dr. Asher finally returned to the hospital after Dr. Archer’s approval in the previous episode. Moreover, Will treated a teenage girl named Ivy. Just when he was about to discharge her, Ivy had another seizure. He asked the parent’s permission to run some more tests on their daughter. They discovered that Ivy had cancer. Charles tried to ask her parents why they favored their daughter’s decision not to get treatment when she had a chance of getting well.

Meanwhile, in Chicago Med Season 7 Episode 17, Asher and Marcel handled a patient named Claire who had just had a uterus transplant. However, she suddenly began bleeding. The doctors got her stable and told Claire her options. Claire was hell-bent on getting another uterus as she wanted to be a mother. Her sister Beth offered her uterus, but Claire refused as she wanted them to raise their kids together. Dr. Blake was not in favor of the transplant because it was too dangerous.

Further, Claire remained adamant while Marcel and Asher wanted to do anything to help her. Marcel convinced Pamela to go ahead with the transplant. Moreover, Beth offered her uterus and asked Asher not to tell Claire about it. Beth did not want to have kids. Eventually, the transplant was successful, and Beth confessed to Claire that she never wanted to be a mother.

Moreover, the hospital got succumbed to a gang war. The cops had to step in dressed as doctors and civilians. Scott saved a patient from a gang member who attacked him. Luckily, the doctors and cops were able to handle the whole situation. In addition, Will and Charles found out that Ivy’s cancer was shrinking. However, they could not convince Ivy or her parents for the surgery. Eventually, Milena visited Scott, and the duo kissed at the end of Chicago Med Season 7 Episode 17.

NBC will air Chicago Med Season 7 Episode 18 on April 13, 2022. The network broadcasts a new episode weekly on Wednesdays at 8:00 p.m. ET. And each episode of the seventh season will have an estimated runtime of 45 minutes.

If you miss NBC’s broadcast, you can stream the latest episode on the network’s website and the NBC app. Moreover, the current season is available to stream on Fubo TV, Hulu+Live, YouTube TV, Peacock TV, USA Network, and Sling TV. So, don’t forget to watch episode 18 and stay tuned for more thrilling episode previews only on TechRadar247.com. 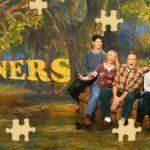 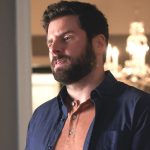