FX’s popular crime drama is set to return with Mayans M.C. Season 4 this month. Created by Kurt Sutter and Elgin James, the Sons of Anarchy spin-off debuted in September 2018. After a thrilling end to the third installment, fans have been eagerly for season 4. Moreover, the upcoming season will showcase a war between Mayans and Sons of Anarchy’s SAMCRO after Road Captain Montez’s murder. The trailer of the fourth installment is already out. Recently, at the Contenders Television panel, the executive producer teased a new cast addition whose ear was spotted in the latest trailer. Good Girls’ actor Manny Montana is ready to appear in the fourth season.

The crime drama is set two-and-a-half years after the events of Sons of Anarchy, hundreds of miles away in the fictional town on the California border called Santo Padre. Mayans M.C. follows a prospect the struggles of a prospect named Ezekiel Reyes(EZ) in the charter. EZ is a talented son and belongs to a proud Mexican family whose American dream was crushed by the drug dealing and violence by the cartel.

Meanwhile, his desire to get vengeance gets him involved in an unintended journey that he can never escape. The third installment ended in a cliffhanger with the Mayans getting trapped in a tricky situation with no way to escape. So, what will happen in the fourth installment? Keep reading ahead to find out!

Mayans M.C. Season 4: What To Expect?

SAMCRO’s Road Captain Montez was killed by the Mayans in the previous season. The SAMCRO decided to wage war against their enemy-turned-ally. The motorcycle club, Vatos Malditos’ member Palo, killed Montez to cover up Taza’s lies to hide his homosexuality. Taza was in a long-time relationship with Palo’s brother David. Unfortunately, Palo killed his brother after discovering that David was gay. The Mayans were surrounded by all sides by SAMCRO in the third season finale and had nowhere to escape.

The fourth season will depict an all-out war between the Mayans and SAMCRO. Moreover, SAMCRo will end up coercing the Mayans to go against their own club in Santa Padre. A lot of drama, violence, and twists are expected to unfold during Mayans M.C. Season 4.

EP James said that he was both happy and terrified during Saturday’s panel at the third season’s conclusion. He also confirmed that the ear in the trailer belongs to Manny Montana. He will join the cast for the fourth installment. Elgin tried to keep the details of Montana’s character under wraps. However, James teased that Montana’s character would create some havoc as a member of the Yuma Mayans. Montana will debut in the series during the second episode of Mayans M.C. Season 4.

The series was renewed for the fourth season in May 2021. FX will release Mayans M.C. Season 4 on April 19, 2022. Moreover, the network will broadcast the first two episodes during season 4’s premiere. Moreover, the fourth installment will feature a total of ten episodes, similar to the previous installments. So, stay tuned for more exciting news updates and keep returning for more thrilling episode previews only on TechRadar247.com. 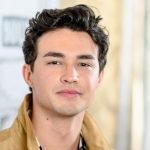 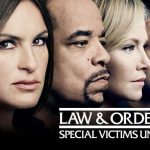