It seems like Alicia will struggle with her fever while waging war on Strand in Fear The Walking Dead Season 7 Episode 9. She will be forced to take refuge at a stranger’s place who could turn out to be a friend or foe for a weak Alicia. Moreover, Arno and his men will go after Alicia, which could result in a violent encounter. So, keep reading ahead to learn all the necessary details about episode 9.

Fear The Walking Dead Season 7 Episode 9 Preview: What Will Happen?

The night episode of Fear The Walking Dead Season 7 is titled “Follow Me.” Alicia will be forced to take refuge in a mysterious stranger’s place after her fever worsens. Meanwhile, Arno will be chasing her at every turn. Hence, she will need to be extremely careful to keep Arno away while struggling with her fever. Further, Alicia will have no choice but to confront her past failures. She will have to find a way to keep herself sane and plan for a better future in Fear The Walking Dead Season 7 Episode 9.

Previously, in a flashback, Alicia hesitantly became the cultists’ leader after being locked by Teddy in a bunker. She ran into Will, who helped her find a way out of the bunker. Alicia found out about a secret government organization PADRE’s location. The organization supposedly had the resources to rebuild the world. However, only the undead Senator Elias Vazquez knew the location. Alicia was bitten in the arm by the senator while escaping the bunker. She was forced to amputate her arm. Will left Alicia after feeling that he was causing more harm to her than good by staying in Fear The Walking Dead Season 7 Episode 8.

Further, in the present, Alicia 1asked for Morgan’s help to follow the senator to PADRE after escaping from the Stalker’s attack on her people. The duo wandered around the senator after covering themselves in walker’s guts. Moreover, they somehow managed to protect themselves from Strand’s forces. Alicia confessed to Morgan that she could not amputate her am in time. She was convinced that the bite would kill her, and she would turn into a walker soon.

Meanwhile, Morgan and Alicia had to end the search after the senator followed Strand’s beacon to the Tower. Vasquez ended up getting lost in a herd of walkers. Further, Alicia considered accepting Strand’s offer to take her people inside the Tower. Soon after, she found Will, who had turned into a Walker, and Alicia was forced to put him down. Eventually, Alicia declared war on Strand and his people after discovering that he was responsible for Will’s state in Fear The Walking Dead Season 7 Episode 8.

The show is returning after a mid-season break. The eight-episode came out in December 2021. Now, AMC will broadcast Fear The Walking Dead Season 7 Episode 9 on April 17, 2022. The network will continue airing a new episode weekly on Sundays at 9:00 p.m. ET. Each new episode is available a week earlier on AMC+.

If you miss AMC’s broadcast, you can stream the latest episode on the network’s website and the AMC app. Moreover, the current season is available to stream on YouTube TV, Philo TV, Hulu Live TV, Fubo TV, and DirecTV. So, don’t miss out on the ninth episode, and keep coming back for more thrilling episode previews only on TechRadar247.com. 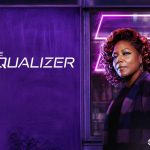 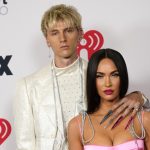