With his track, You Are The Reason Calum Scott became a worldwide music sensation. However, the singer is much more than that. He is a fierce advocate for the rights of the LGBTQ people. But is Callum Scott gay himself? Well, here’s what we know about his sexuality and personal life-

British singer Calum Scott has been a very prominent voice supporting LGBTQ people. Because of that, many people think Calum is gay himself. And they are right. The singer has on record accepted that he is gay. He has been quite vocal about his sexual orientation for the past few years. The artist came out as queer at the age of fifteen to his mom and family with some help from a gay friend.

In an interview with Gaytimes, Scott said, “I had a lot of troubles with my sexuality growing up, and long story short, when I was in my early teens, I was trying to understand what it was I was going through, I confided in a group of my friends. I was abandoned for it at an early age.” He has even shared a video called Calum Scott: A Coming Out Story on his Youtube channel, talking about his story. Meanwhile, his single No Matter What also tells about the journey of the LGBTQ artist. In the past, there have also been rumors of Calum Scott being romantically involved with singer Sam Smith. But not many details are available about the two. 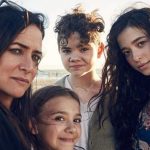 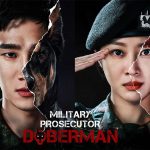