Cassie will move to LA and will be living different adventures in The Flight Attendant Season 2 Episode 1 & 2. She will continue working for the airlines while secretively completing missions for the CIA. Cassie will also meet her loving boyfriend. However, things will get tricky when Cassie discovers someone is trying to frame her. So, keep reading to know all the details about the first two episodes.

The Flight Attendant Season 2 Episode 1 & 2 Preview: What Will Happen?

The first episode of The flight Attendant Season 2 is titled “Seeing Double.” Casse will be living a sober life in Los Angeles. She will continue working at the airlines and has a boyfriend now. But she will also secretly work for the CIA during her spare time, without anyone finding it. Cassie seems to be in control after she quit drinking. She looks better, and her friends also feel the difference in her life. Her first mission would be to gather information for the CIA in Germany.

Further, the second episode is titled “Mushrooms, Tasers, and Bears, Oh My.” Cassie will invite her best friend and her boyfriend to her house in the next episode. Her boyfriend thinks that they should move in together. Meanwhile, in the middle of a mission, Cassie discovers that someone is pretending to be her and trying to frame her in another mysterious scandal. It looks like Cassie has a twin who has been stalking her. And as her life begins to fall apart, Cassie will finally be confronted by her doppelganger during the second season.

Cassie’s fingerprints were found on the bottle in the debut season finale. Miranda discovered Victor’s location and ended up confronting him. She murdered Victor before taking his money. Unfortunately, she missed her flight to Rome. Moreover, Buckley followed cassie to Rome and tried to kidnap her.

Further, Buckley later knocked Miranda out. Luckily, Cassie managed to escape and obtained a gun from Enrico. Annie exonerated Cassie by turning over the flash drive to Van and Kim. Everyone realized that Buckley was the killer. Meanwhile, Maggie and Cassie shared each other’s secrets, and the former headed out for a run.

Elsewhere, Cassie kissed Alex goodbye in her head and confronted Buckley. The murderer revealed that he had been following Cassie since Bangkok. Buckley tried to kill Cassie and Enrico. Luckily, Shane saved them, who showed up at the right time and arrested Buckley. Moreover, Shane revealed that he had been working undercover with the FBI to investigate Megan. Miranda disappeared before handing cassie the book.

Back at home, cassie promised to remain sober to Davey and Annie. Shane told Cassie that the CIA wanted her to become a human asset. Further, cassie looked back on her journey and the nightmares in her mind. She decided to close the darkest chapter of her life for good and hoped for a happy future at the end of The Flight Attendant Season 1.

HBO Max will release The Flight Attendant Season 2 Episode 1 & 2 on April 21, 2022. The network will drop the first two episodes this Thursday at 3:00 a.m. ET. In addition, the second installment will feature eight episodes in total, available only on TechRadar247.com. So, don’t miss out on the first two episodes and keep returning for more thrilling episode previews only on TechRadar247.com. 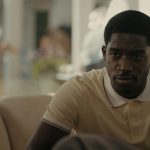