It seems like Superboy will be stuck in the Phantom Zone for a little longer in Young Justice Season 4 Episode 19. It will be thrilling to find out how the heroes deal with the clones that Vandal has been sending to gain control over Atlantis. Mira will continue to rule as the High King while Arthur fulfills his duties in the League. Hence, continue reading ahead to learn all the necessary details about episode 19.

Young Justice Season 4 Episode 19 Preview: What Will Happen Next?

The nineteenth episode of Young Justice Season 4 is titled “Encounter Upon the Razor’s Edge.” It seems like Superboy will stay in the Phantom Zone for a while. Luckily for him, he has Dru-Zod to keep him company and teach him ways to survive in the zone. Starboy is clearly missing Phantom Girl as he had a nightmare during his zone sickness. While Starboy learns to stay stable in the zone, he will look for ways to break free.

Further, the upcoming episode will hopefully get back to the storyline of Atlantis City. HBO has not left any breadcrumbs about the upcoming episode just yet. We might encounter some other heroes as Superman and Balcklightning were seen discussing the candidates for Justice League prospects in the mid-scene credits.

Previously, Raquel had a tough morning taking her son, Amistad, to his father’s house. She avoided talking about her son’s autism. Soon after, she left on a Justice League mission with Garrick and Forager. They visited Supertown on New Genesis to meet with the New Gods and the Green Lantern Corporation.

Meanwhile, in Young Justice Season 4 Episode 18, a bug broke in and stole from New Gods’ warehouse. Unfortunately, Raquel and Orion could not stop the bug from escaping. Moreover, M’gann’s younger brother, Ma’alefa’ak, was working with the New Gods of Apokolips. Darkseid instructed him to follow Lor-Zod’s command. Orion was struck by an energy beam after a Martian damaged the New Gods’ technology stolen by the bug. As a result, Orion lost control of his rage. Luckily, Lightray stepped in with the Mother Box to calm Orion down.

Further, Connor suffered from Zonal sickness. He had a hallucination about Lex Luthor asking him to leave Phantom Girl behind. Moreover, Superboy ran into Dru-Zod, who offered to teach him the skills to survive the Phantom Zone in Young Justice Season 4 Episode 18.

HBO Max will release Young Justice Season 4 Episode 19 on April 21, 2022. The streaming platform drops a new episode weekly on Thursdays at 3:00 a.m. ET. And the fourth season will feature a total of 26 episodes.

If you miss the latest episode on HBO Max, you can stream it on Amazon Prime Video, Google Play, Vudu, Xfinity, iTunes, Google Play, and Hulu. So, don’t miss out on episode 19, and keep coming back for more thrilling episode previews only on TechRadar247.com. 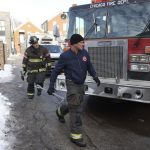