It looks like Mary and George will not be too rattled by the news about Mandy’s pregnancy in Young Sheldon Season 5 Episode 19. They will insist Georgie on meeting the mysterious woman in his life. Moreover, Sheldon and Missy will have suspicions about what their family is dealing with behind their back. Also, Sturgis and Linkletter will continue to try and get Connie’s attention. So, keep reading to learn all the updates about episode 19.

The nineteenth episode of Young Sheldon Season 5 is titled “A God-Fearin’ Baptist and a Hot Trophy Husband.” Georgie confessed about Mandy’s pregnancy to Mary and Georgie previously. His parents will insist on meeting with the new woman in Georgie’s life. However, they might get a little surprised when they discover Mandy is much older than their son.

Moreover, Missy and Sheldon were not told about Georgie’s situation. They will start to suspect what is going on in their family behind their backs in Young Sheldon Season 5 Episode 19.

In the previous episode, Sheldon was sad after the recent death of a science-fiction author named Issac Asimov. Dr. Linkletter was a big fan of the author, and Dr. Sturgis was also interested in his novels. Moreover, Sheldon discovered that his late grandfather also enjoyed Issac’s novel. So, Sheldon convinced Connie to join the ebook club with the professors to read Issac’s novel “Nightfall.”

Further, in Young Sheldon Season 5 Episode 18, the two professors discovered that Dale dumped Connie during the book club. They flirted with her during the reading session, and both left a number of voicemails to Connie. Moreover, Georgie told Dale about his girlfriend Mandy being pregnant. Georgie happened to be the father of Mandy’s baby, and she was interested in keeping it. Dale was shocked about the news as Georgie was only 17. However, he kept his calm and advised Georgie to tell his father George the truth.

Elsewhere, Missy wanted to earn some extra bucks by babysitting kids. She convinced Mary to let her do the part-time gig. Unfortunately, Missy had a horrific experience while babysitting Pastor Jeff’s baby. Georgie saw how tough it was to handle a baby, and he got very nervous and scared. Eventually, Georgie took his family to the garage and informed them about Mandy’s pregnancy in Young Sheldon Season 5 Episode 18.

CBS will air Young Sheldon Season 5 Episode 19 on April 21, 2022. The network broadcasts a new episode weekly on Thursdays at 8:00 p.m. ET. And each episode of the fifth season will have around 19-22 minutes of estimated runtime.

If you miss CBS’s broadcast, you can stream the latest episode on the network’s website and Paramount+. Moreover, the current season is available to stream on Hulu+Live, DirecTV, Fubo TV, YouTube TV, and Amazon. So, don’t miss out on episode 19 and keep returning for more thrilling episode previews only on TechRadar247.com. 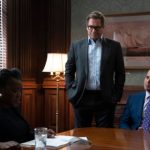 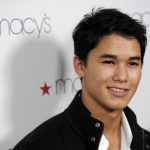