It looks like 911: Lone Star Season 3 Episode 15 will see some cruel moments when Owen’s anger management therapy takes a drastic turn. After listening to Catherine’s words, Owen decided to give it a shot. But it won’t seem helpful. Meanwhile, the other 126 members will find themselves in a daunting situation. Now, they have to save people’s lives from arson. Can they succeed in it? Well, things are quite tricky. Keep reading to know more.

911: Lone Star Season 3 Episode 15, titled “Down To Clown,” is written by Brad Falchuk. After dealing with a madman’s case, Owen realizes that he needs to take therapy for his anger issues. Well, everyone tried their best to convince him, and finally, he seemed ready to put it into action. But his anger management therapy will take a drastic turn. He will breakthrough in therapy, which will create more problems for him. Meanwhile, the 126 team members deal with a horrible case.

There will be an arson that will mess up everything. Before this, there was a celebration time as people gathered to celebrate a young boy’s birthday party. However, a clown called 911 as the building caught fire. Some firefighter heads to deal with it. But the explosion would take someone’s life. Next, T.K., Nancy, and Tommy race to save someone’s life. A person survived the painful encounter with a reptile. But the person couldn’t make it. So they need to rush as soon as possible in 911: Lone Star Season 3 Episode 15.

The previous episode, titled “Impulse Control,” was directed by Bradley Buecker, and Trey Callaway wrote it. The 126 find themselves stuck in a twisted case of the same man who gets involved in three different emergencies. After the server failed to give the exact details, the person named AI jumped through his car window. However, he gets stuck there. So, 126’s team member tries to pull him through the window. Meanwhile, Marjan asks Owen to continue his temper control therapy. But he kicks Marjan out of his office.

Elsewhere, Owen meets with Catherine and apologizes for his mistake. Catherine gives him another chance, and he jumps in happiness. But she asks him to seek therapy for his anger issues. But he refuses to do so. Somewhere in the town, AI was on his way to meet his therapist with his family. However, a driver forced him to race with him. That later took a drastic turn when the crazy driver threw a beer bottle at their window. It caused a massive accident. Once 126 arrived, AI took the gun and shot the man as he harmed his family. 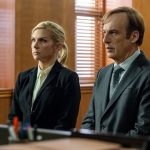 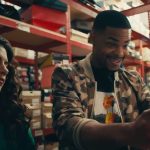