Created by Mark Reisman, the series follows a 12-year-old girl named Sydney Reynolds who lives in Portland, Oregon. She lives with her father, Max, and grandmother, Judy. She continues to navigate her school life with her best friend, Olive. Each episode includes some flashback moments of 12-year-old Max with his friend Leo. Both segments show that both father and daughter deal with similar situations.

Sydney To The Max Season 4: Is It Renewed Yet?

Unfortunately, not! Soon after Sydney To The Max Season 3 wrapped up on November 26, 2021, Disney Channel announced that there would be no fourth season. The announcement made many fans upset. However, the network hasn’t revealed the reason behind this serious call. However, there’s a theory that perhaps the reason behind this cancelation is Ruth Righi, who played Sydney Reynolds’ committed to another project. She was moving to a new Disney Channel show Eureka. So it could be possible that this made the network cancel the show.

Soon after the network canceled the show, many fans took to social media to express their distress. They demanded to return with Sydney To The Max Season 4. In fact, they signed a petition to renew the fourth season. However, the petition hasn’t enough signatures to draw Disney’s attention. But the avid fans keep on tagging Disney to renew the show. Will Disney renew Sydney To The Max Season 4?

Earlier this year, the series star Ruth took to Instagram to share that Sydney To The Max won’t return with the fourth season. She expressed her gratitude and thanked the people around her for supporting and giving her a wonderful three and a half years. Ruth added she’s indebted to everyone. She even thanked the entire cast and crew for making this workable for her. However, she also addressed that there won’t be any chance for Sydney To The Max Season 4.

Sydney To The Max Season 4: Who Could Be In The Cast If It Returns

Ruth has already mentioned that she’s moving to star in Eureka. But if the show returns for the next run, Ruth Righi will return as Sydney Reynolds. Ava Kolker as Olive will return with Jackson Dollinger as Young Max Reynolds and Christian J. Simon as Leo. Ian Reed Kesler will also return as adult Max Reynolds with Caroline Rhea as Judy. Further, there’s a chance that Rizwan Manji will return as Vice-Principal Virmani, Julia Garcia as Emmy, and Amelia Wray as Sophia will return. Other casts include Brogan Hall as Bucky and Cassidey Fralin as Young Alisha.

Sydney To The Max Season 4: What Will Happen Next?

In the third season, Sydney and young Max both becomes eighth-grader. However, they deal with so many issues like identity crises and more. So if the show could return for the next season, it would ultimately focus on how Max and Sydney navigate their teenage years. Sydney has a makeover as she changes her hairstyle, so she might continue to do it in order to find her true identity. She might join some clubs to be noticeable. Further, Max will finally tell his feelings to Alison.

As of now, it’s quite hard to guess whether the show could return for the fourth season. But if Disney renewed the show, it would take six to seven months to undergo production. Considering the amount it takes for production and post-production, we expect Sydney To The Max Season 4 to air sometime in late 2023.

Also Read Marco Polo Season 3: Will The Show Return To Netflix? What Are The Chances? 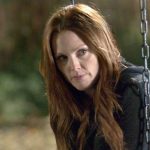 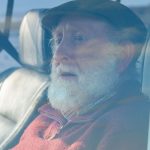