It looks like The Resident Season 5 Episode 20 will deal with the aftermath of the previous season. Leela will reel over to the fact that Devon is her donor, which might continue to affect her. Meanwhile, Conrad will be close to unearthing the mystery behind his prescription fraud situation.

But things will take a drastic turn when a patient appears. Will it help him? Further, how things will go against Conrad is yet to see. Keep reading to know more.

The Resident Season 5 Episode 20 Preview: What Will Happen Next?

The Resident Season 5 Episode 20, titled “Fork In The Road,” will shed some light on fraud prescription. Well, Conrad Hawkins has been trying to reveal who’s behind the fraud prescription. He still has to find out who’s using his name. However, the deeper he goes, the more problems he will brew for himself since it looks like there is a dangerous gang behind all this mess. Further, the new patient will shed some light on the inner workings of the prescription fraud situation.

Meanwhile, Leela will try to avoid Devon. Now that she knows Devon has donated his sperms, she will feel pretty awkward. So, she will overwork to avoid even the slightest conversation with him. But during this process, she will make many mistakes in her cases. So Padma and Raptor will try to find a way to settle this awkwardness. On the flip side, Bell and Kit will make a bold move about their future together.

The previous episode, titled “All We Have Is Now,” was directed by Julie Hebert while Joy Blake wrote it. AJ decides to stay at his mother’s side since Carol has been behaving differently. Unfortunately, Carol passes away in her sleep. But before leaving, she tells AJ to find love and live a healthy life with his family. Meanwhile, the state medical board tries to cover up several bad doctors’ investigations. But Bell goes public for justice and gambles his position on the medical board to provide justice.

Bell even mentions the medical board and governor in his live interview. Elsewhere, Conrad and Devon try their best to treat Bryce, a young man suffering from rabies. Later the two come up with a method to treat him. But his condition worsens. Bryce ultimately survives it, but his nervous system gets damaged. However, he’s still making some recovery.

Leela and Padma prepare to harvest Leela’s eggs. Leela wants to freeze her eggs. Meanwhile, Devon suggests that he be the donor, creating awkwardness between Leela and Devon. AJ agrees to donate but wants to be the baby’s father instead of staying an anonymous sperm donor.

The Resident Season 5 Episode 20, titled “Fork In The Road,” will air on Tuesday, April 26, 2022, at 8/7c only on Fox. The all-new episode follows a weekly release schedule airing every Tuesday night. You can also live-stream The Resident on Fubo TV, Sling TV, DirecTV, and YouTube TV. Stay tuned. 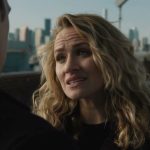 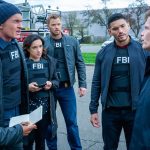