Elliot will find himself in a challenging case in Law & Order Organized Crime Season 2 Episode 19. He has to maintain his loyalty to Donnelly in order to follow his mission. But this new case will bring more challenges in his life.

Further, his personal life will be on edge as his son doesn’t believe him and suspect he’s hiding something from him. It will lead to more challenges and pain in Elliot’s life. Keep reading to know more.

Law & Order Organized Crime Season 2 Episode 19, titled “Dead Presidents,” Rob J. Greenlea directed it while Zachary Reiter wrote it. The tension will keep growing between Elliot and his son. He won’t find a way to amend with his son, who’s seeking some answers. Meanwhile, he tries to learn more about his father, and things turn drastic in his case. But during this, he receives a call from Donnelly. He tells him about their new assignment.

After millions are stolen from one of Webb’s employees, the person turns to Elliot and Donnelly to find the thief. But it will be a great opportunity for Elliot and his other team members. The task force will try to nail down both Brotherhood and Webb. However, Elliot needs to be careful. Since Donnelly is cunning, any wrong move will affect his mission.

In the previous episode, titled “Change The Game,” Elliot defended himself in front of bent cops. He told them how he landed on Santos’ situation, and later Frank took his side and made him his No. 2 guy. Soon Frank and Elliot received a call to check out a man named Preston, who was angry as his crates of guns were missing. Elliot tried to sort out this situation. At first, Frank didn’t like it but later agreed with him. Meanwhile, Bell grilled a suspect named Jesse, who perhaps had stolen the guns. So Elliott and Bell work on a mission to find those missing guns. Preston’s wife also helped them.

Elliot and his son had a tense situation and wanted to know why he moved to a different unit and what it had to do with the tattoo. However, Elliot stayed mum. Later, Elliot and Frank talked about their family. Bell and Elliot talked about Jesse, their suspect. So, Elliot told Jesse that he would protect his family, so it’s better to give the information and free himself. But after setting him free, they learned that someone had killed him.

Law & Order Organized Crime Season 2 Episode 19, titled “Dead Presidents,” will air on Thursday, April 28, 2022, at 10 pm EST, only on NBC. The all-new episodes follow a weekly release pattern. You can binge-watch the show on NBC’s official website as well as NBC’s app. Further, the show is available to stream on Peacock. 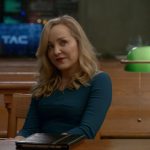 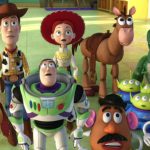