S.W.A.T. Season 5 Episode 19 is all set to return with a mind-blowing story arc. Now get ready to see some action in the upcoming episode as Hondo and the rest of his team are preparing for a big showdown. They have to deal with a new mystery case that won’t be that easy for them. Further, they have to work smart and stay reunited in order to tackle the situation. Keep reading to know more.

S.W.A.T. Season 5 Episode 19 Preview: What Will Happen Next?

Episode 19 of S.W.A.T. Season 5, titled “Incoming,” is directed by Oz Scott, while Michael Gemballa and Matthew T. Brown wrote it. A plane will get hijacked in the next episode. Unfortunately, Street will be on the plane along with some innocent passengers. Now the team has to rush and save them from those hijackers. However, it won’t be that simple. This is because they have no clue about how many hijackers are there. The team will also have a heated conversation regarding the situation.

But Hondo believes they need to team up. However, the team will appear disoriented, creating more chaos. Further, Hondo and the rest of the team members will map a plan to enter the vault and encircle the hijackers. But it won’t be easy. Street will wrestle with those hijackers, and Hondo will have no choice but to shoot one of them. Apart from this, finally, Hondo will take a big move in his relationship with Nichelle in S.W.A.T. Season 5 Episode 19.

In the previous episode, titled “Family,” Hondo found some books which he used to read when he was young. He shared it with his dad, who’s still searching for a nice place. Street, Dom, and Tan were together having a chit-chat when Dom received a call. Terry was in trouble. Meanwhile, Hicks ran into an old friend, and after saying goodbye, he heard a gunshot. Martin was on the ground. Meanwhile, Hondo visited Hicks in S.W.A.T. Season 5 Episode 18.

They learned about a new victim who was shot by a woman using the same getaway car. Later, Hicks visited Martin’s wife. Tan came up with a lead and headed to the suspect’s house. He tried to escape, but Hondo caught him. Further, he revealed his ex killed herself months ago. So, the police figured out it might be her sister Naomi who was behind these attacks. Later, the team learned that Naomi was looking for a baby her sister abandoned years back. She then kidnapped a 12-year-old girl.

S.W.A.T. Season 5 Episode 19, titled “Incoming,” will air on CBS on May 1, 2022, at 10 pm ET. Each episode follows a weekly release pattern which means airing every Sunday night. You can also catch it on CBS’ official website. Further, the online subscribers can also catch it on Paramount+. Stay tuned. TechRadar247 will keep you updated. 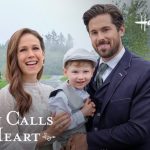