The seventeenth episode of NCIS Los Angeles premiered on CBS on May 24. In the episode, we saw Callen struggles to find answers about his past. However, the coming week will bring double the joy for fans as NCIS Los Angeles Season 13, Episode 18 & 19 will premiere together in a two-hour-long special. So here’s what we know about it.

Talking about the plot of the upcoming episodes, the network has released the official synopsis for both episodes. The summary for the eighteenth episode reveals that the murder of a lady working for the Navy’s missile defense program will be investigated by NCIS. And it will link to a stolen Navy missile technology. Meanwhile, Deeks will be stressed by a rigorous social worker, and Sam will consider selling his boat.

Further, in the nineteenth episode, The NCIS team will collaborate with DEA agent Talia Del Campo to track down a missing whistleblower. He was supposed to testify against gun makers that sold to drug cartels. Based on the summary and the promos of both episodes, we know that the episodes will be a thrilling ride of joy for the fans.

In the previous episode, Callen was still looking for answers about his history. He discovered he was a participant in a top-secret program that screened foster children for spying abilities. At the time, Callen wasn’t aware of it. He hadn’t realized it until years later. But he now knew he was a part of this operation, and he wanted answers.

Hetty was one of the few persons who could help him with his questions. She was in charge of the program. She was also aware of the types of testing conducted on the children involved. So, Hetty could clarify why Callen was taken away from one of the nicest foster mothers he could have asked for, and Callen needed to know what she’s thinking. He must understand why his life has turned out the way it has.

Callen was so fixated on discovering the truth that he pushed Anna away. Anna told him she wanted a break from him and refused to go to the new apartment with him. So, she planned on staying with her father. Callen was also having difficulties at work. Meanwhile, Callen tracked down the man who had put him through the program’s tests. He even remembered the man’s name and current appearance. He also felt that this individual is the same person who abused Katya. So he tried to persuade Nate. But Nate stated he needed more evidence. So, Callen went out on his own to gather evidence.

The previous seventeenth episode of NCIS Los Angeles premiered on April 24, 2022. However, today will be the day of double joy for the fans; not just one but two episodes of the series will premiere on the same day. NCIS Los Angeles Season 13 Episode 18 & 19 will premiere on Sunday, May 01, 2022. Fans can catch the live telecast of the episodes on the CBS network at 9 pm PST. 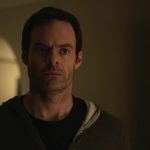