It looks like Young Justice Season 4 Episode 21 will follow Razen and his quench to find Aya. He now has both the blue lantern and the red lantern rings. So, now, his ultimate aim is to find Aya. Meanwhile, some Phantom Zone escapades happened, and it brought a lot of drama for the fans. But what is next for Conner? And what will Metron do after he crashed the big meeting of the Justice League and the new gods in the previous episode? Let us find that out-

Young Justice Season 4 Episode 21 Preview: What Will Happen Next?

Young Justice Season 4 Episode 21 is titled “Odyssey of Death.” It looks like from the next installment onwards, the focus frame of the fourth season will come on Razer. Lately, Razer came in as a Blue Lantern to get his Red Lantern ring back from the Metron. But now, the episode will feature Razer’s health and his hunt for Aya. Moreover, Conner is now in the Phantom zone with Zod. And he is suffering from zone sickness and hallucinations. With that influence only, he has started following Zod. So, fans will have to see what more will happen as the next episode progress.

The previous episode of Young Justice Season 4 witnessed quite much of a drama with a lot of adventure. Viewers saw Jay celebrating his 102nd birthday. Meanwhile, Orion & Rocket finally agreed to start things over, even though they had some doubts about each other when they first met. Also, M’comm revealed to Lor-Zod that he had all the information they needed. In reality, it was M’comm who was disguised as Orion and talked to Rocket. She inadvertently opened up to him and revealed where the ruction cell is. With this detail, the villains went back in time and found the cell.

Back at New Genesis, even after hearing Rocket’s vague plea, Orion shocked all of them and took back the request to take custody of Halo and Cyborg for New Gods. Surprisingly, Bear barged into the meeting to meet his long-lost friends’ Rocket and Forager. Meanwhile, Romar-Re claimed that Krypton was in his sector. And he felt like he was responsible for its descent and what occurred to El’s house.

Further, Zod brought Conner into the Phantom zone only to a big heard of prisoners. And Zod, along with General, started grinding Conner about the Phantom Girl. Later, Conner decided, in his confused state, to follow Zod. Elsewhere, M’comm and Lor dig in for the Phantom Zone projector in Metron’s vault. But on New Genesis, the three villains attacked Metron as he was sent back to the vault by Razer. So, Metron decided to give Lor a piece of Kryptonite rather than the projector. And just after than, Metron crashed the meeting between the Justice League and the New Gods and told them to come with him.

New episodes come out weekly on Thursdays with an average watching time of 22 minutes. So, don’t miss out on all the details about your favorite shows, their updates and running episodes. And stay tuned with TechRadar247.com. 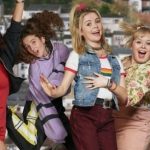 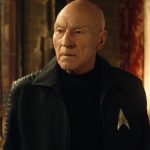