Los Angeles Lakers are one of the most successful franchises in NBA history with a massive fanbase. The team has an iconic legacy. The first season of HBO’s Winning Team, developed by Max Borenstein and Jim Hecht, followed the journey of the team to their maiden title victory with star players like Kareem Abdul Jabbar and Magic Johnson. Now, as Winning Team Season 2 has already been confirmed, fans are eager to see the next installment of the series.

Season one of Winning team revolved around Jerry Buss as he bought the LA Lakers team and recruited rookie Magic Johnson. In the first season, we saw how Johnson turned out to be a very crucial player for the team. And their campaign as he formed an impeccable alliance with the skipper Kareem Abdul-Jabbar. In spite of multiple ups and downs and a complicated coaching concern, the Los Angeles Lakers managed to reach the finals of the 1980 NBA season. However, Captian Abdul Jabbar missed the game due to injury. But Magic led the team to the championship in his absence.

Upon its return with Winning Team Season 2, the show will continue the story after the championship win of the Lakers. The upcoming season could center around the Lakers’ 1981 campaign under the guidance of Paul Westhead and his assistant, Pat Riley. It could also focus on the implications of Magic Johnson’s injury and how the game tactics and playing style of the team transformed under Westhead’s coaching. Moreover, the next season could also highlight the growing rivalry between Magic Jhonson and Larry Bird.

Why Didn’t Fans Like The Basketball In The Show?

The manner the game is depicted on screen is one of the most crucial aspects of any piece of sports media. When they said the completely terrible basketball sequences, many Redditors thought sports features were absent. This appears to be a show for those who aren’t interested in basketball or drama.

Sports films and television shows are difficult to make because they must appeal to a larger demographic than just sports lovers. In Winning Time, the on-court action is obviously nether to the off-court plot. As a result, the game takes a backseat. It’s tough to recreate the high-speed game of basketball. Therefore the show emphasized personalities above showy sporting routines.

The first season of the sports drama series premiered on HBO from March 6, 2022, to May 8, 2022. Talking about the prospect of the second season, we already have some juicy news for the fans. On April 7, while the first season was still on the air, HBO had already greenlit the show for Winning Team Season 2.

The creator, Max Borenstein, shared a Tweet on his handle confirming the upcoming season. In the Tweet, he wrote, “The dynasty continues. #WinningTime will return for a second season. Never been prouder of a show and the group of us who left it all out on the floor to make it. The truest and fullest labor of love. And thanks to @hbo. Now we get to do it all again!”

As of now, there is not much information available about the production and release schedule of Winning Team Season. However, if everything goes on smoothly, then HBO might try to premiere the season around the same time of the year as the first season, which means early 2023. 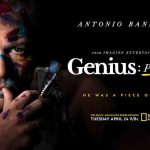 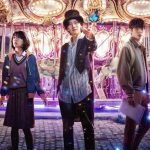