Spencer will face new trouble in All American Season 4 Episode 19. He will work on his reputation since now he’s a college guy and has to deal with funds as well. He will also have a hard time dealing with Olivia. Meanwhile, Coop will thrive in her new job and offer some words of wisdom to Asher. But it looks like it won’t work well. Let’s see how things will move further between Asher and Spencer.

All American Season 4 Episode 19 Preview: What Will Happen Next?

It feels like Spencer and his friends need to reconsider their decision before forcing it on each other. In All American Season 4 Episode 19, Spencer needs to work on plenty of things together. He needs to make a balance between Asher and Olivia. Meanwhile, trying to deal with the pressure of being in college. As we can see in the promo, Coop tries to explain to someone that they need to stay together. Perhaps she might be talking about Asher and Spencer, who faced hard times together, and now they need each other by their side.

While Spencer and Asher deal with their problem, JJ decides to throw a party for the group. However, the party will soon turn into a battle ground ending in chaos. Meanwhile, Olivia will go against her instinct. She will involve in an article that will bring tension between Olivia and Spencer. Now the two have to find a way to deal with their problem. Jordan tries to hide his feelings while Coop thrives in her new job. Patience will be surprised to see this new side of Coop. Elsewhere, Grace will join Billy to save the school from the Halloween vandal in All American Season 4 Episode 19.

Spencer finally decided what he wanted in All American Season 4 Episode 18. He pledged to use the proceeds to fund Crenshaw youths via scholarships. Unlike Jordan, Spencer wasn’t there for the money. He gave a speech in front of everyone about how he succeeded and managed to balance his school life and fame. But Coop wasn’t happy about it, and Spencer’s speech affected her. But she was ready to make her comeback.

With Laura’s help, she avoided the prison time and managed to leave the community service behind. Now she and Laura decided to team up in South LA Law while Coop seeks another community-service gig.

Laura planned to hire Coop, who had no such knowledge about the law and how to put everything legally. But Coop knows the local language. Thus, it could be a great help for the two of them. Meanwhile, Baker had a pleasant day thanks to Billy, who eliminated the competition. As for Preach, she finally avoided the prison time with Billy and Laura’s help. Later, Billy called D’Angelo to hang his principal job. Over with Carter, he had a job upstate and wondered how to break this news in front of Grace in All American Season 4 Episode 18.

All American Season 4 Episode 19, titled “Murder Was The Case,” will air on May 16, 2022, at 8/7c only on The CW. It will mark the penultimate episode of this season, setting the stage for the showdown. The all-new episode follows a weekly release pattern airing every Monday night. Stay tuned. TechRadar247 will keep you updated. 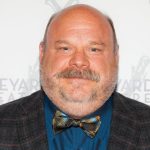