Born in 1963, Kevin Chamberlin is well known American actor who has been active in Film and Tv industry as well as Theatres for over two decades now. However, despite such a long career, Kevin Chamberline’s personal life and his relationship remain a secret from the fans. If you are also serious about whether Kevin Chamberline is gay. Here’s what we know about it.

In addition to his appearance in the gay-themed comedy movie Trick, Kevin Chamberline is among the most prominent voices in Hollywood speaking up for the rights of the LGBTQ people. This is the reason why many of the actor’s fans have always speculated about him being gay in his real life. Well, it turns out they are right; the 58-year-old American actor is openly gay.

Although the actor is generally very secretive about his personal affairs and relations, during a media conversation in 2010, Kevin stated that he was in a relationship with a TV writer. He stated, “Los Angeles is not a big theatre town per se. My partner is a television writer so he is doing really well out there. We have switched gears; I was the breadwinner in New York and now he is the breadwinner out there.” Meanwhile, in 2015, when US Supreme Court legalized same-sex marriages, he tweeted that he was happily married. But unfortunately, we don’t know more about Kevin Chamberline’s better half.

Kevin Chamberlin started his acting career with an appearance in the 1995 movie blockbuster film ‘Die Hard with a Vengeance. After that, Kevin was cast in the role of Carl Mickley in the movie ‘In & Out’. Meanwhile, in 1998, Chamberlin was seen in the movie Letters from a Killer. And the very next year, he appeared in had in the gay-themed comedy movie ‘Trick’. Not long after that, Kevin was cast in films like ‘Herman U. S. A.’ and ‘Road to Perdition.

On television, Chamberlin appeared in the main role of Bertram in the show ‘Jessie, which ran from 2011 to 2015. Later on, he was also seen in the comedy series Bunk’d’. Meanwhile, The actor had also played a small role in the comedy-drama series ‘Grace and Frankie’. In addition, he has also appeared in the TV programs Heroes’, ‘Law and Order: Special Victims Unit, and ‘Frasier’.

Apart from his career in films and TV shows, Kevin Chamberlin has made a name for himself with several plays he has appeared in. His well-known stage projects include ‘Dirty Blonde’, ‘Seussical’ and ‘The Addams Family. Other theatre dramas he has appeared in are ‘Triumph of Love’, ‘My Favorite Year’, ‘The Ritz’, ‘Chicago’, and ‘Abe Lincoln in Illinois’. 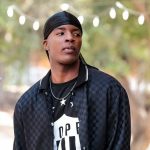