The Swiss drama series New Heights originally titled Neumatt premiered on Netflix last month. The emotional drama created by Marianne Wend deals with the sensitive subject of farmer suicides. Ever since the show’s premiere, some fans have been curious about whether there will be New Heights Season 2.

Will There Be New Height Season 2?

In the Homecountrry of Switzerland, SRF released New Heights season one on September 26, 2021. However, the global premiere of the show was on May 13, 2022, on Netflix. Now, talking about New Heights Season 2, there has not been any official confirmation about the second season from the creators as well as the network. Although the first season leaves some room for the second season, the critical reception of the show has not been up to the mark. Therefore, we will have to wait to find out what will be the future of the show.

The first season finale of the Swiss drama series ended with some room for the story to continue in the second season. Michi opted to stay on the farm for a longer period of time after splitting up with Joel indefinitely at the end of the first season. Martin’s caravan was Katharina’s fantasy destination. While she couldn’t sell the property, she was free to go wherever she pleased as long as Michi was present. Sarah’s last scene, in which she becomes separated from Angie and her family, was also a source of discussion.

Although not many details about the plot of New Heights Season 2 are out, we can assume that upon its return, the show might pick up the story after the events of the first season. In the next season, we will learn what’s next for Michi, who wants to give another go at the farm life after separation from Joel. At the same time, the second season will also follow other characters like Martin, Katherine Joel, and others on their own journies.

Is It A True Story?

The drama ‘New Heights’ is not inspired by actual events. However, the tale becomes more genuine and grounded because it documents occurrences in our own reality rather than constructing a fictional universe. The series was conceived by Marianne Wendt based on a concept by renowned Swiss-Italian director Petra Volpe, who wrote films such as “Dreamland” and “The Divine Order”.

The concept germinated when Volpe became concerned about the rising suicide rate among small and mid-level farmers. The Wyss family speaks for Swiss and international farmers and their families, who are dealing with such losses while buried in debt.

Meanwhile, the cast also includes Miriam Maertens as Caroline Mosse, Judith Hofmann as Ursula Halter, Nicola Perot portraying Döme Boveri, and Roland Bonjour appearing as Pablo Müller. If the series is recommissioned for a second season, we can expect most of the prominent cast members from the inaugural season. At the same time, New Heights Season 2 might also bring some new cast members in the show. 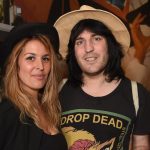